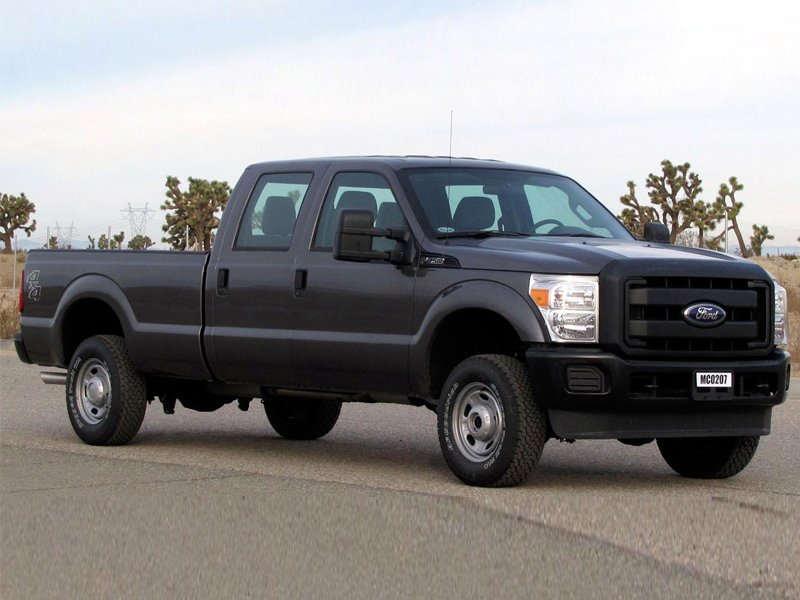 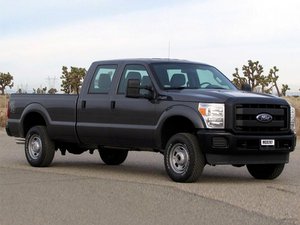 The Ford Super Duty (also called the F-Series Super Duty) is a series of trucks produced by Ford Motor Company, an American automaker. 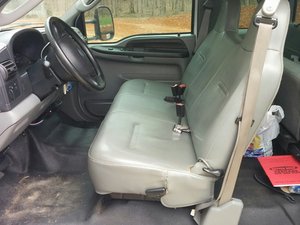 The Ford Super Duty (also called the F-Series Super Duty) is a series of trucks produced by Ford Motor Company, an American automaker. The Ford Super Duty line was introduced in 1998 for the 1999 model year as the addition of a heavy-duty pickup to the Ford F-Series range, which included new versions of the F-250, F-350, and F-450 pickup trucks. The 1987-1997 F-Super Duty chassis cabs were replaced by the F-450 chassis cab and F-550 Super Duty.

The first-generation Super Duty trucks were produced as a two-door standard cab, four-door SuperCab, and four-door crew cab. The SuperCab variant included two standard rear-hinged doors on the extended cab. The standard cab included an 8-foot bed while SuperCab and crew cabs were produced with a 6.75-foot bed with an optional 8-foot bed. Super Duty trucks were standard with two-wheel-drive, though the four-wheel-drive was optional. For the F-350 truck variants, a dual-rear-wheel axle was optional with either drive configuration.

The first-generation Ford F-Series Super Duty trucks were sold with two gasoline and two diesel engine options. Between 1999 and 2007, Super Duty trucks were offered in three main trim levels, XL, XLT, and Lariat. The XL is the “work truck” base level and includes a manual transmission, an AM/FM stereo with two front door-mounted speakers, steel wheels with black center hubs, and manual windows and door locks. The mid-range XLT added an AM/FM stereo with a cassette player and four speakers, power windows and door locks, and air conditioning. The Lariat trim level is the top-of-the-line model and includes an AM/FM stereo with a cassette player and a single-disc CD player, keyless entry, a security system, electronic climate controls, and a power front bench seat with a fold-down center armrest.

Ford vehicles can be identified by the Ford emblem, which depicts the name “Ford” in a cursive font. Ford Super Duty vehicles include a “Super Duty” emblem located on their tailgates.