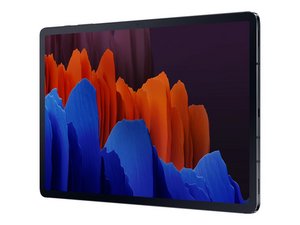 Released on September 18th, 2020, the Samsung Galaxy Tab S7+ (SM-T970) is the larger, more powerful version of the Tab S7. It features a 12.4-inch Super AMOLED display and a Qualcomm Snapdragon 865 processor.

I have Galaxy Tab S7 (not the + or wifi-version). I wasn't able to find any instructions on the Version I have so I wanted to ask if the repair of the charging port is the same as on the Galaxy Tab S7+.

I found a video teardown that shows the removal of the charging port as part of the process.

Comparing the video to the Tab S7+, it does appear there are significant differences in the way they come apart, most notably in the fact that the S7+'s midframe covers the charging port so it has to be removed, while the S7 doesn't. On the S7+, the guide shows unplugging the LCD from the motherboard, while the S7 video shows that you can unplug the display from the LCD itself.

Hope this helps; let us know how it goes!