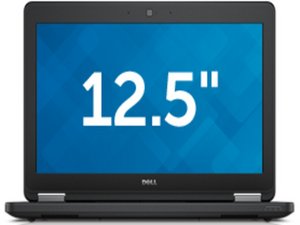 Why is my laptop not charging

If the battery light is blinking, check the charger status in BIOS for “unknown” - that indicates a sense line issue. The reason you want to check is Dell DOES design their notebooks to block charging if it says “unknown” so do not assume it's beyond repair - it is often a bad sense IC in the adapter or a poor quality knockoff.

If the issue persists on multiple notebooks (in your case, you used two E5250s), then it tends to be an adapter issue. If you have another adapter, try that and see but if not you’ll need to buy one. If the issue persists with a new adapter, then there’s either a issue with the jack or motherboard - it’s usually the jack. If possible, I would ask someone who has a compatible Dell notebook to test it even if they're just pulling one from the Haswell era from their old laptop pile they know works.

If the motherboard is bad and is not due to a bad jack or power adapter, it’s time for a newer computer even if it’s another older secondhand Latitude with an 8/9th gen processor and TPM 2.0 out of the box. These HSW/Broadwell notebooks are capped at TPM 1.2 forever and will not run Win11. In addition, they're often total losses when the motherboard dies.

I would open up the back of the laptop, disconnect the battery and see if the laptop turns on with just the charger. If it does, there might be something wrong with the battery or the charging circuit.

If it doesn't turn on then you have a problem with your charging port.