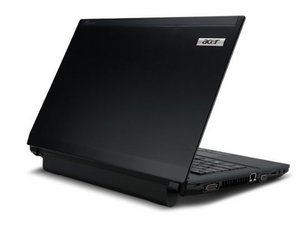 A laptop PC in the TravelMate series by Acer, featuring Intel processors, a 14.1" display, and up to 320GB HDD.

Why is my laptop no turning on?

I had issues before when my laptop was still running. It just keeps on restarting that I cant even get into the bios. I installed a new HDD to fresh install an OS but now the laptop won’t turn on. When the battery is installed and try to turn it on, no lights, no noise, it just doesn’t turns on. Tried to plug the AC with the battery installed, amber led light is on, but when trying to switch the laptop on, amber light disappears but laptop still won’t turn on. Tried to remove the battery with the AC plugged in then switch it on, no lights, no noise, still won’t turn on. I tried to remove both battery and AC, press and hold the ON switch for around 45sec, then tried to turn it on, still won’t turn on. Now I’m getting frustrated with this, hoping someone can help me out.