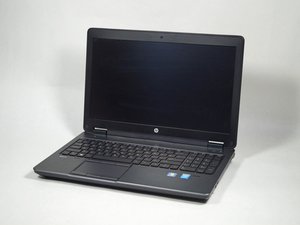 ZBook only charges the battery when it is switched off

Hello, my ZBook only charges the battery when it is switched off. As soon as Windows (or Linux) starts, the loading process stops. The light on the charging socket lights up. Bios has been updated. Battery and power supply driver removed and reinstalled. Power supply was exchanged. The device won't start without a battery (is that normal with the ZBook?) Would swap the charging socket next. Does anyone have any other idea?

By “Power supply was exchanged” I assume you mean the power adapter and not the battery?

If Win10 is installed try creating a Win10 battery report to check the status of the battery.

Check what the percentage of hardware resources are in use in the laptop. It may be that there is a lot going on and the charger cannot supply the load and charge the battery at the same time. Go to Task Manager and check what the CPU, memory and storage percentages are.

Just trying to eliminate things from the mix.

These machines all require high wattage adapters (120/150/200) so it's hard to get the wattage wrong. They would run horribly or not power up entirely.

The wattage depends on the spec level - a lot of them are probably 150/200 since nobody buys a low end Z product.

How old is the battery? After 3-4 years a lot of batteries degrade noticeably on business laptops, but keep running in a reduced capacity - often for *years*. I have an E6440 with it’s original battery from 2014 (or it was replaced VERY early into it’s life since the system was purchased in 2013) and it runs fine, but at a severely reduced capacity (33%). I no longer trust the calibration accuracy in critical situations since the battery gauge has failed me before in combination to the severe capacity reduction making it hard to reliably recalibrate, but it still works. I know my time is coming, but I see no reason to change it until it gets to the point of no return especially with how hard I know it will be to get a new battery right now.

Start with a battery calibration and see if that helps. It may be too far gone as that happens with time and it can’t be avoided, but once you get to this point you have nothing to lose. I have an E6220 with a battery as well that is so tempermental I’ve had two incidents where it only charges so far (last incident was 83/100%) but it fixed itself with a recal - at the expense of a few % of remaining health (preferable to a unreliable battery gauge). If it happens again I may retire that battery before it’s too far gone due to being too untrustworthy.