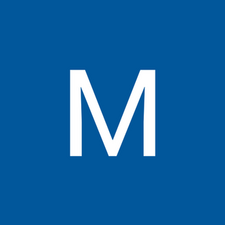 Hey all. Have a weird issue ongoing with my trackpad intermittently becoming laggy and semi-responsive.

Anyway, I’ve replaced the trackpad flex cable since and the trackpad is working again, but with intermittent issues. When the laptop is turned on, the trackpad often works perfectly. Then, during usage it starts to become semi-unresponsive. The pointer doesn’t fully track my finger movements and the haptic feedback becomes intermittent.

Sometimes, this doesn’t happen at all. And sometimes it’s happening from the moment I turn it on.

When this happens, it never seems to go back to full working order. A restart doesn’t fix the issue. But shutting down and resetting the NVRAM often does work, until it occurs again.

Next step for me is to replace the trackpad itself, thinking maybe it has become defective. But thought I’d ask here incase anyone has any software related suggestions. The NVRAM reset temporary fix has thrown me off a bit.

Thanks in advance to anyone who can help!

And from Apple Diagnostics: 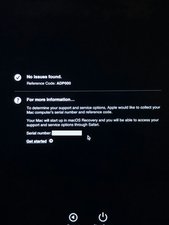 Screenshot of kernal_task from Activity Monitor (taken 10 minutes after turning the system on): 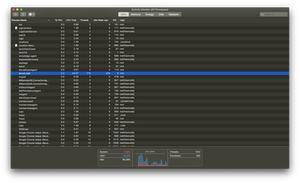 Let’s get a better view of things, I'm wondering your battery is just out of gas, install this gem of an app! CoconutBattery take a snapshot of the apps main window and post it here for us to see Adding images to an existing question

You may want to run the onboard diagnostics to see if any errors pop. Restart your system and press the D key

@Dan Done! Thank you for your response. Appreciate any help I can get here.

Let's open up Activity Monitor app in your utilities folder. Locate the process kernel_task how much processing time is it taking?

If its taking up quite a lot that points to a sensor problem so your systems SMC is reducing the CPU's clocking putting your system into CPU Safe Mode to protect it from over heating.

Thanks @Dan. I've added a screenshot of this to my original post.

As a side note, this is my primary work machine so I nearly always have it plugged into an external monitor with external trackpad and keyboard. It rarely gets turned off during the day.

When the Macbook internal trackpad starts to act up, the external trackpad still works perfectly. I can continue using the machine as normal. It doesn't slow down in any way either, plugged in or on battery, it's still super quick (thankfully!).

I'm mostly working in Ruby on Rails so running a server locally and some bash commands to compile frontend code. Can be hard on the CPU but haven't noticed any performance change.

Sadly I think you’ve hit the limits of this system ;-{

Ruby on Rails can be very CPU intensive when you are working on larger projects. One of the issues I’ve seen with the newer 2016 onward systems is the power draw can outstrip what the battery and charger combined can supply!

As wacky as this sounds! Cooling your system by running it in a freezer can allow the system to crunch away faster so the run time of the job is shorter! As it runs for a shorter duration the power requirement is less!

For background here, I support a few heavy video/music artist who bought the 2016/17 systems having similar issues when they render their videos and process their music compositions. When they encountering problems we tried a few different ideas none panned out!

Then I caught this vid David Lee - MacBook Pro 15 (2018) - Beware the Core i9 review it clicked! The solution is cooling the system down when rendering! So two of my video guys gave it a try and magic! The rendering jobs completed before the power ran out.

While this is a workaround it clearly shows the limits of Intels CPU’s as well as Apple not sizing both their systems cooling and power solutions to meet what a pro would be asking of their systems.

At this point putting in a fresh battery may buy you the needed power to stabilize your systems needs MacBook Pro 13" Touch Bar Late 2016 Battery Replacement. You may want to also look at getting a more powerful system as well.

Thanks for your response @dan :) What you've suggested definitely makes sense in those contexts but I don't think this is what I'm experiencing.

Performance is as good as it was when new. It's easily able to handle the workload of multiple apps + CLI utilities open. I've the 2.9GHz i5 with 16gb LPDDR3 RAM.

I don't have any battery power issues and performance is great connected to the power supply or on battery power.

It's not the system lagging, but the trackpad itself not responding to all of my movements (particularly small movements). And haptics intermittently working.

The kernal_task screenshot posted above was taken when the system was idle, I hadn't opened or started any other apps.

What you suggested regarding a sensor issue may be more probable, so I'll respond here when I've replaced the trackpad unit itself.

Despite me disagreeing with your answer, thank you so much for your time and assistance here Dan. I do appreciate it greatly and it has helped :)

Let's dig deeper! Install this great app! TG Pro you'll want the full version as you'll want to log the temps over a period of time. Make note of the times you suspect the system is messing up and then review the TG Pro log (I would export it into a spreadsheet so I could graph it out. Do you see anything temp wise?

You may also want to do the same with the systems performance values I've posted a file in my answer with the details.