A game console released in North America by the Nintendo Company in 1985, called the Nintendo Entertainment System, model NES-001. 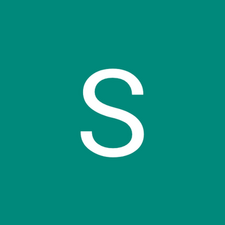 I’m having an issue with an NES that I recently acquired, which I haven’t seen reported elsewhere. Periodically, the screen will go black for about 2-3 s. This always happens when there are lots of new graphics being loaded in. For example, in Final Fantasy, it happens when I go from the world map to a battle screen. In Bubble Bobble, where each level is one screen, it happens at the start of every new level, starting with level 3. And in Kirby’s Adventure, it happens any time Kirby moves enough to cause scrolling. Oddly, while the majority of games I’ve tried have this issue, it’s not universal. Mario 1, for instance, never does it, no matter how fast I force the screen to scroll. Maybe its graphics are simpler to load? In any case, I doubt it’s an issue with the game cartridges.

This console has had issues with the 72-pin connector, which I have improved, but am still working on perfecting, so that’s a possible source.

I’m connected to a Toshiba flatscreen smart TV (50LF711C20) via composite (RCA). No other device that I’ve connected to the TV has had this issue, including a DVD going over composite. I have tried swapping out the video cable, which had no effect. I have ensured that the Picture settings for Composite specify “Game” mode. I unfortunately don’t have another TV with Composite that I can try out.

Could this be some faulty video processor, or a memory chip not loading the data fast enough? Or a fundamental incompatibility between the NES and this TV? Or should I just keep fiddling with the 72-pin connector, since it’s generally the Root of All Evil?

Any thoughts are appreciated!

EDIT: Boiling the 72-pin connector, while generally seeming to improve connectivity, has not resolved this specific issue.

I found a roundabout solution, which was to buy an RF-to-coax adapter and plug the NES in through coax. Not ideal, as I’d really rather go through composite, but it suggests that either the problem on the NES was limited to the composite connections (and not something fundamental about the video processing) or that it was an issue with the TV. I suspect the latter. The TV may not have liked the signals it was getting through composite video, maybe the signal was too low-power to be detected as present. Or the TV and the NES were not syncing properly, like the TV was expecting a higher baud rate than the NES was providing, or the NES couldn’t get out all the new video information to the TV before the TV got tired of waiting and declared the connection lost. Something like that.

I’d still welcome any thoughts, for curiosity reasons, but from a practical standpoint, I’m calling this one solved!

Not to necro this post, but Google thought I would be interested in this article and your own answer doesn't satisfy my want to fix things properly.

If you are getting clean video off the RF, then you do not have a video processor problem. The composite out jack gets the same signal that feeds the RF converter inside the console. The difference between these signals is that it passes through a signal amplifier before getting to the composite out port. This is a simple 5v feed (pulled from the RF converter as well) with a transistor.

A replacement transistor can be bought from digikey https://www.digikey.com/en/products/deta...

You may also want to check for power issues in general. If your console is not getting the 5v DC it needs (from a rectified 9v AC) to run these circuits, components (like transistors) can have trouble doing their jobs in the first place.