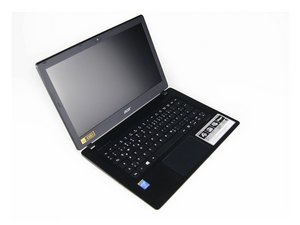 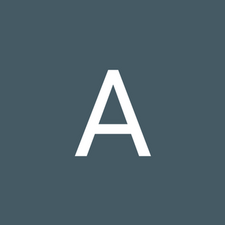 The laptop does not start, but the screen sometimes lights up but no image appears .

Listen to the hard drive for any unusual sounds like headstack clicking or power issues - a lot of laptops struggle to boot when the drive has failed. If you can get it to boot with the drive physically removed, there’s an issue with the hard drive. Thankfully it isn’t hard to get to the hard drive (or RAM) like some of Acer’s other laptops where they bury these components like the E-11/V-11/ES1/E3.

Part of the reason so many laptops have problems ignoring a dead hard drive during POST is the BIOS codebase is usually licensed from AMI. Few manufacturers modify it to stop trying to initialize the drive after X number of failed attempts and just let it error out (No boot device). In most cases, they only change the boot splash screen that shows up during POST. Once you’re in the BIOS, they usually use the reference AMI skin unless you have one of the few with a different skin.

If removing the hard drive does not help, check and reseat the RAM while you’re in there just to be sure it’s properly connected since it's easily accessible - the modules can fall out of place over time when you carry the computer with you, so it’s worth checking and reseating the modules to be sure. If that doesn’t help, you may need to replace the RAM.

If neither removing the hard drive or memory helps, it’s usually the motherboard. Unless you can find a cheap replacement, it’s usually more cost effective to replace the entire computer once it becomes a few years old (usually around 2-3 years). Sometimes changing the CMOS battery helps if all else fails, but my experience is if those steps do not help it’s usually a failed board.

No new motherboard. I downloaded the flash-file from Acer-Support-Site. With this Bootstick I flashed the BIOS and had success.

just a mark that i tested some more stuff :

it started black, i can see minimal flickering by turning it on, so pretty sure display is working,
also hdmi external monitor is showing active connection but no signal.

there is no boot screen whatsoever, and no other screen shown - simply black
removed the battery and the bios/rtc (?) battery - no effect whatsoever.
changed ram, no effect
no beep - normal lighting

in the end, it turned out the Chip from touchpad burnt through (realy a hole inside) - with a burnt through lane in the connector cable - guess these made some pretty shortcut loop / hangup

as i removed the touchpad incl connector screen comes back. So solution for error hunting would be to disconnect all the externals , leaving only keyb(oard) and display - RAM
(faulty RAM is also known for blacked out / no response display - without acer logo)

beside that there was secure boot with usb boot disabled, which meant i only could boot from an usb drive formated as cd/dvd (like dd some DVD Lubuntu iso directly to the usb stick)
on top , only one of the usb ports (not the blue usb3 port) was able to boot from

Was this on the trackpad, or motherboard? I'm not as familiar with Acer as I am with Dell, HP and Lenovo.

It sounds like it's on the trackpad, but like if I had that machine in, I'd be leery of replacing anything because if it went out that spectacularly and there was nothing obvious the motherboard could intermittently fry trackpads. I'd probably strip it if it fried a 2nd trackpad rather than chase it down.

the trackpad had a burnt down chip , which in turn burnt the flex cable up to the motherboard - some components on the motherboard may also be broken - disconnecting touchpad fixed the issue

(a seamingly new trackpad from ebay (which may also be used) didnt help, the shear amount of this specific trackpad on eba make some wonder if that is not a major technical mishap by Acer itself)

do you got a new motherboard? its not clear by your answer - how do flash new bios without booting up system (-> Black Screen)? Can you elaborate your answer a little bit more, thx.

No new motherboard. I downloaded the flash-file from Acer-Support-Site. With this Bootstick I flashed the BIOS and had success.