Where is the cicuitry that drives the backlight display located? Is it somewhere on the main board (logic board, motherboard), or is it on (or in) the display in the back case?

The background to the problem is as follows:

After the Macboook has been running for about 5 minutes, with the display near full brightness, the backlight suddenly goes off. If I hold a flashlight within a centimetre or so of the display I can see that information is still being displayed on it, but it is exceptionally difficult to read without a backlight.

If I have the display set to about 50% brightness or less, the display runs properly for at least 10-12 hours and the display backlight does NOT turn off.

I assume that the backlight driver circuitry is overheating and turning itself off temporarily until it cools down. I have encountered similar behaviour in electronic circuits that are near failure). I also assume that it is very expensive to fix the backlight circuit and probably not worth doing for a 2009 Macbook that has a couple of other issues too (broken back-case frame, and dodgy wireless).

I have unplugged and reconnected the display cable at the motherboard to make sure it did not have a bad/dirty connection.

I don’t know exactly which motherboard model I have but it has two fans. The serial number printed on the back cover is:       W89365SP7XJ, … BUT …

The serial number reported by the System Profiler is: W89266HL642

The Macbook might have the wrong back cover on it so the System Profiler number is the most trustworthy.

Can anyone tell me for sure where the driver circuitry for the display backlight is located?

And is my conclusion faulty? 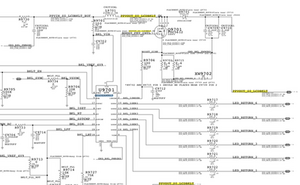 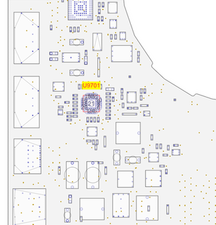 I would take some flux placing around the edge of the chip and then shield the area with foil so you can heat the chip to reflow it. See if you can recover the driver Vs replacing the logic board.

It has not always been this way. Back in 1977 I built my first computer, an MK6800, by soldering all the ICs onto a motherboard and a comms board - it had to be programmed in Assembler. I was quite good at building circuits back then. But that was over 40 years ago and degrading eyesight has caught up with me.

However, your information about the location of this circuit is critical in helping me decide what to do with this machine.

Dan, I have just determined that the serial number reported by the System Profiler (About this Mac > More Info ) is W89266HL642 which is different to what was printed on the back cover. Is your answer still correct using this new serial number?