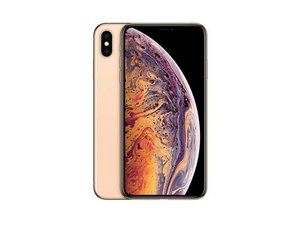 Hello, I have a water damaged iPhone XS max, it was ultrasonically cleaned but a short was found on PP1V1 and PP1V8, I removed most of the capacitors on that line but the short is still there, could it be a possible CPU short problem ?

What should I try next?

Need more info. What are the readings you are getting on these lines? Is the short on the top half of the board or the bottom half?

upper layer, where the cpu is situated

Have you removed the two audio ic”s U4902 and U5002 yet? They would be the first things I would remove.

no, will try, thx so much, which one of those 2 lines is connected to the audio ic?

@imicrosoldering hello, IC U4700 was found to be shorted, could removing that fix also the short on PP1V1?

Finding shorts can be a pain. Before assuming it is CPU related, you have to rule out everything else. Now you could have two separate shorts/issues, especially on a water damaged device but there could also be a common failure point.

Start with PP1V1 as it is a bit easier to follow. It is generated by the PMIC, feeds into the CPU and Acorn. PP1V1 is always used as a supply for downstream PMIC LDO outputs so you’ll want to check all of the PMIC LDO’s that are lower than 1.1V as they may be pulling down the line indirectly.

PP1V8 is used more widely but you essentially have to do the same thing. Find the starting point (PMIC) and follow it through. It could be a cap or it could be an IC so you have to rule things out one at a time. Use the visible water damage as clues but sometimes there are no visibly obvious clues to the failure. Freeze spray or Thermal camera may help if the short is giving off heat.

The 1V8 line that feeds into Acorn (U5600) is not the same line as PP1V8_S2. Note on the PMIC that it is a different buck output. Now, if the issue is coming from the PMU, then it could affect both lines but if the problem is downstream, then one shouldn't affect the other (usually :>). Besides, you've already found your PP1V8 short.

For the PP1V1 short, remove Acorn and probe again to see if this solves the short.

@refectio what If the short is still there? what is the next step, there's nothing heating up so I'm not sure

You have to remove everything on that line until only the CPU is left. If the short is still there, then you have an issue with the CPU, either an internal short or some solder ball issues.

how hard is it to reball a cpu?