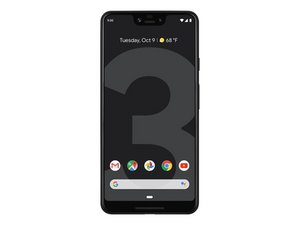 Google's third-generation Pixel-branded smartphone, and their first "notched" phone. Comes with a 6.3" QHD+ OLED display and 64 or 128 GB of storage. Available in Nearly White, Just Black, or Not Pink. 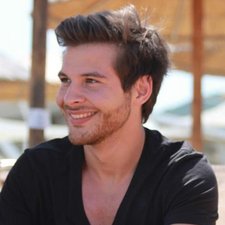 I have a strange problem with my Pixel 3 XL:

It always shows the notification that the connected device is being charged via USB. Although there is no device connected. When I plug in a charger, it does not charge. But when I open the USB settings and change the USB-connection to be managed by the pixel and plug in a charger at the same time, it works. The problem occurs also in safe mode.

The USB-C headphones that came with the Pixel do not work anymore as well.

So Google Support told me it is a hardware problem. But it doesn’t seem to be does it? Or it is a combination of hardware and software maybe?

Do you have any ideas how to fix this?

Unfortunately the warranty is lost because I have a small damage on the outside of the pixel.

Thank you for your help

3) Fast Charging through normal outlets (in Germany) using Google’s Charger failed when USB-C connector was inserted one way but not the other even when using multiple cables.

1) Initially considered that problem might be software related. However, were that the case, Google would have long since fixed or there would be many more occurances of it. Forums suggested that the issue was occuring randomly through time. If it was a software problem it would be unlikely that it would only sometimes work.

2) Determined problem was not due to Google’s Charger or USB cables.

3) USB-C specification was tested for 10,000 connections, so unlikely that it would fail under normal circumstances (unless of course Google’s implementation was somehow faulty).

4) I noted that some people successfully resolved their charging issues via cleaning.

5) Removing lint from around the outside of the female port’s central pillar using a paper clip prong slightly increased the probability that it would Fast Charge. Headphones started to very rarely connect (<5% of the time).

7) Electrical Contact Cleaner Spray would likely be helpful, but have heard that it can leak under smartphone displays and ruin them, so was a bit wary to do any more than dab some around. That didn’t help, but I assume that it might in larger quantities (as that is precisely what it is for).

8) Inspired by @Jason LeMonier’s post above, I then used a metal Needle Threader (see Wikipedia for a picture of one) to gently wipe/rub the electrical contacts on the side’s of the female port’s central pillar for maybe 10 seconds on each side.

After this final super-gentle wiping/rubbing:

1) Problem was likely dust or small amount of corrosion on one or a few of the electrical contacts (see USB-C Specification for details).

2) Due to the fact that higher voltages can jump wider air (or dirt) gaps, in terms of sensitivity one will likely see the following behavior:

b) Fast Charging requires specific pin connections to be made (so if these pins are dirty or defective the phone will stop fast charging from one or both ways).

c) Slow Charging is generally the last to fail (even though voltage is lower than fast charging) because it relies less on specific pin connections.

It's six months later and I'm happy to report that I haven't had a single connection problem since taking the above steps. ;-)

I tried this, too. Didn't help in my case. Maybe the corrosion on my USB-C port may be to bad?! We'll never know :).

So there basically are two possible ways to fix this and one workaround:

1. Gently rub the electrical contacts of the phones USB-C port like you described.

If that doesn't work do:

2. Replace the USB-C port entirely as @markduenas described below.

Many many thanks. You have saved me a costly repair bill at best or having to buy a new phone at worst. Please accept a virtual beer and if you’re ever in Canada let me know and I can buy you one for real :)

I had a similar problem. When I plugged in my USB-C cable into the Pixel 3XL it would sometimes charge and depending on a slight change in angle it would sometimes charge. I also had a crack in my screen so I ended up ordering both a screen and a USB-C replacement parts from iFixit. If your screen is not broken it’s a bit difficult to remove the back and/or screen on this phone. I would recommend just buying a wireless charger. But if your up to the challenge, replace the USB-C assembly which is fairly inexpensive. I would HIGHLY recommend a good heat gun or blow dryer to heat the edges of the phone and more easily remove the back and/or screen.

P.S. I also talked to Google about the USB-C issue and they would’ve replaced it if the screen was not cracked. After checking how much a ‘certified’ replacement would cost I decided to replace BOTH the screen and the USB-C connector for about 150 bucks less. (I already have the iFixit toolkit and have done similar fixes)

Thank you for your answer!

My problem acutally changed to just loading depending on the orientation of the USB-C cable. So it now loads normally, if the USB-C cable is inserted in the "right" orientation. Also, when I unplug it and lock the phone, it freezes completely until I plug it in again or do a hard reboot.... very strange.

Couldn't bother to pay the repair price and I don't want to do it myself.

I regularly use a sewing seam ripper to remove tons of lint and gunk from the large usb-c hole from being in my pocket.

Does the cable fit in all the way? Does magnet work? Jamming gunk down plugging the cable in gave me that USB confusing error also.

Thank you, I'll try it out. But I don't see anything inside the plug.

Cable does fit in all the way. What do you mean with Magnet?

I have had this on my phone for a while, but I think you've answered your own question. Changing to pixel controlling is the solution. The USB port control is a new option with the latest update.