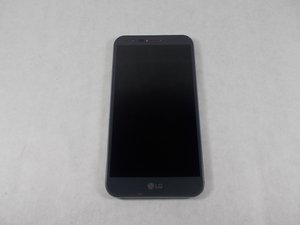 The LG Stylo 3 Plus is an Android smartphone released in 2017 by T-Mobile. It features a 5.7-inch HD display, 32 GB of storage, and runs the Android 7 OS. 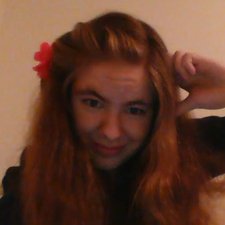 Why wont my LG Stylo 4 phone charge when I plug it in?

Ive had my phone for about 4 months and it seems good still but I just noticed last night that my phone wont charge and it cant keep the battery life very long.

Have you tried a different compatible charger, charging cord or even connecting it to a computer via an appropriate USB cable to see if the phone charges?

If it still doesn’t charge, use a strong light and a magnifying glass to visually inspect the charge port in the phone for any lint etc., that may be lodged in the port enclosure. Also check that all the pins (5) are there and that they are all straight and parallel with each other.

If there is any lint stuck in the port enclosure (this prevents a good electrical connection between the charger cord and the phone) DO NOT use a pin or metal probe to try and remove it as you may damage the pins or cause an electrical problem in the phone.

Use a vacuum cleaner to see if this will suck out the debris. If this doesn’t work use a sharpened wooden or plastic toothpick to gently remove any lint etc.

I also found out that I needed to change the power cord itself. Its good now thanks for the advise.

i have changed power cord and power adapter and plugged to computer and other stuff suggested, But still wont charge.

Hay there you can fix it easily

I am having the same problem with my Stylo 5 (c-type). I went on youtube and watched several videos on the subject and everyone of them said that dust/lint was the problem. I went on Amazon and ordered a new charging port cleaning kit. After very carefully cleaning the inside of the port, it still wouldn't charge. I also purchased a new OEM cable and wall charger. My phone still wouldn't charge. I then went to the LG warranty help pages on the LG corporate website. After filling out the required form, it was approved for service, however, the form was not accepted because of errors, I checked my information over very carefully several times, after doing this over and over 5 times, I went to the contract us page. There is no phone number, only another form to fill out. I filled out the form and about a day later I received a message back. The stated all of the horrible things that would happen if I sent in my phone and it turned out to be the result of neglect, misuse or other user caused damage, to click on this link to proceed with the submission for repair. I clicked on the link, and was back on the same form I filled out 5 times before. I went through that process again and again it was not accepted, I triple checked it and found everything to be correct, but it was still resjeted. I went back to the email they sent and replied that I was back to the same form and I could not get it submitted. After another day I received another email. It was the same one as the first one. This whole time I am without a phone, and anyone that has 2 step authentication enabled on most of their accounts can attest, you are pretty much locked out of all of them. I ended up buying a new phone. My point is this, LG makes it impossible to submit a warranty claim, and their phones are cheaply made, that's why they are so inexpensive compared to Samsung or Google Pixel. Bottom line is not only did I by the Stylo 5, but with in a few months I had to buy a nother phone, it might have been better to buy a more expensive phone to begin with, it would have saved me money and a lot of hassle.