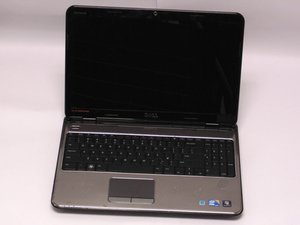 my laptop was working fine I was trying to update de RAM to 8GB but for some reason the new RAM wasn’t working. When reasearched on the internet it said that a may need to update the BIOS. I when on Dell site and scan the SERVICE CODE after that the sites tells me that I need a assistant and downloaded it. Once I did that it appeared on the screen that a needed a BIOS UPDATE. I click on INSTALL NOW my computer when all black and did a strange sound…

after a while i called Dell support because the laptop wasn’t doing much. The tech guy told me to hold the power button to turn it off but the laptop didn’t went off and then he told me to take out the battery and put it back in. After that the computer screen was all black and was doing a beeping sound. It is only one continuously sound

first off will the laptop run 8gb of ram as some are set to run a maximum amount, try removing the ram as 1 of the modules could be faulty

I tried starting it with one 4GB Ram