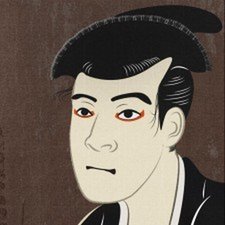 So… I tried everything from clean reinstalls, reseting NVRAM/SMC to blow the dust with a compressed air can. MacFansControl set to kick in after the temp reaches certain temp while using the screen at half the brightest …

The issue is that the computer will shut the screen off and after a few seconds (30 secs) the screen will turn on again. The cause is triggered on certain web pages with videos and other heavy on the GPU sites. I downloaded CINEBENCH to test this and after a few seconds of intensive GPU use I will get the black screen. I know the GPU/Mac is shutting it down to prevent damage.

I installed MacFansControl and all the values have temps ranging from 50ºc to 65ºc, with the exception of the GPU Diode that after reaching 103ºc or more will shut immediately. This is while running CINEBENCH. If the GPU isn’t in use the temp will remain at 60ºc.

What could be cause of this? The heatsink not working properly? Thermal Paste? Too much dust inside? Advice before sending it to repair (not apple). I think I could give it a try myself if the answer is to change the faulty part, clean it inside, or applying new thermal paste….

About the failing GPU case: What are the symptoms of a failing iMac GPU and how long does it usually take until total failure?.

My issue has been bothering me for 1 1/2 years approximately and I avoid it by only watching videos in places like YouTube, Facebook, DailyMotion, Apple Trailers, etc, not even 4K videos. Perhaps their videos/site have better optimization?

Working with Photoshop won’t trigger the black screen either. And I noted that after a clean installation of Mojave update the temps don’t rise in places they used to shut down the screen (like giphy com). But CINEBENCH will definitely push it to the limit and trigger it.

Any idea on how much money it will cost to fix (GPU) with Apple? As this is a 5 year old computer and I don’t have AppleCare anymore. I’m thinking about sending it to a technician that only works with Macs rather that paying Apple to fix it with a premium price tag. If I decide to open it, is there a way to really see if the GPU is the culprit? Like anything physical damage? Or some diagnostic software?

One funny thing is that I can’t get the black screen while in BootCamp, but I will try downloading CINEBENCH for Windows and testing the GPU again.

Or, perhaps the drivers for bootCamp are faulty and don't prevent damage by shutting itself down with high temps?.

UPDATE: After testing in Windows, I restarted into MacOS Mojave Safe Mode and tried to make it fail with no luck. The graphics are limited apparently.

After restarting normally into Mojave and running once again CINEBENCH I couldn't make it fail either even after running the test 3 time in a row. It did reach 108ºC each time.

For the last test, I tried running CINEBENCH, along a YouTube video in cinema mode and the landing page of gify com nothing! Temp reached 108ºC but keep going, The benchmark result just came a little lower because of the extra workload running.

Perhaps the days are getting colder but just a week ago I was getting black screens with CINEBENCH alone. Is this consistent with a failing GPU?

Are you sure the real issue is GPU related but instead a power issue?

I would get a good UPS.

What can happen is the power logic overheats when the AC power is running low or variable as it has to work harder to make the stable DC power.

It never crossed my mind that this could be a cause. Already bought one from amazon and should be here tomorrow. I will see how the Mac behaves for the next few days after that.

Thanks a lot for your post. I had the same issue (GPU die going high with video in full screen mode). What I done was to take a sheet of paper and fold it (1 cm large).I had enter this fold paper in the holes a toute the back of the screen and I had a toon of dust inside. You can see a smart part of the pile of dust and you can use your finger to take it away.

EDIT: Sorry, I was dumb ... Just found ecolmi's solution below! This unfortunately doesn't seem to be the problem here, as I tried the same, but at least I know the end of the story on ecolmi's side.

I am late to the party, but having the EXACT same problem – this post is in hope that OP gets a notification of a new reply (don't know how to contact users any other way). I am accepting that probably my heatsink / thermal paste is failing as my iMac already is six years old – however I just wanted to ask if OP ended up with a new GPU / iMac or did find any other solution. If second, I would be grateful for a short not. Gilles' tipp with the paper unfortunately didn't work, the grill at the back of the iMac seems clean here, I even already tried it with compressed air ... My problem also is, like OP described, that all the temperatures behave normal, but normal YouTube videos, GIFs etc. often instantly drive the GPU Die temperature to 110°+ highs which causes the shutdown.

Hi Lars, are you using very latest MacOS? I used to have trouble with YouTube videos about 2 years ago, but an OS update seemed to sort it out.

Also, have you vacuumed the vents at the bottom? If not, do it NOW! Check my photo on the threat to see just how much you could get out. All that dust was definitely preventing my fans from doing their job properly - my machine is soo much happier now :]

I finally found SOLUTION and the real reason behind the heating…. DUST!!..

I was ready to send it for a real diagnostic / repair an decided to clean it from the outside a little. Took my vacuum cleaner and taped the bottom with plastic and duct tape as to only allow the vacuum to clean the small air intakes for the fan. Nothing came at least not much. Went to the store and bought pair of air dusters and used all of it in the same place, directly into the small openings with the air duster tube….. clumps of dust came rushing and after the cans ran out of air I used the vacuum to clean once more and this time a lot of fine particles of dust were visible.

Booted the Mac and the first thing I noticed was the GPU Diode running at 39ºc while idle, instead of 60ºc and running CINEBENCH never made it run hotter than 80ºC.

I always clean my Mac, with Air Dusters, even the air openings but never the whole can with the tube sealed directly into the aluminum.

WOW! For such a new system I'm surprised dust was the cause.

You must be in a very dusty environment. I think you may want to do a deep house cleaning to get rid of the root cause of the excessive dust (shedding dog, old or fuzzy rug, air filter in heating system).

I don't know why so much dust.. my house isn't that dusty, I live in Tokyo so the streets are all paved...

Im still taking the iMac to someone to clean it inside and change the thermal paste...

DUST WILL DO THIS ALL THE TIME! It is a known fact! Get an iFixit kit and take the iMac apart - it is not that hard! There is an insane amount of dust in ANY iMac that is over 3 years old! THEY SUCK in so much dust my GPU Diode was 228F! INSANE! Black screen happened often with heavy Photoshop and certainly with Final Cut. Now? All is well. Takes about 2 hours and I put a new 2TB SSD in as well! Best thing to happen!

I’m now running about 20 degrees cooler than I used to be! 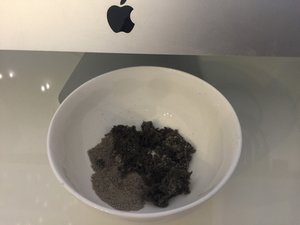 Be prepared! Your GPU is failing which will require a new logic board.

Here is what you are headed for if Apple does not service your iMac...

I agree. Outside of a genuinely failing GPU, your only hope of fixing this would be at best, cleaning and reapplying thermal paste and at worst, reflowing the GPU (which is a temporary "fix) or reballing the GPU which requires specialized equipment and skills.

At this point, it wouldn’t hurt to take a crack at opening up your iMac and try cleaning the fans out thoroughly, remove and clean the heatsink/GPU/CPU of old thermal paste, and then reapply some quality paste and then reassemble.

Barring that, you’re looking at serious hardware repairs. Reflowing might grant you a few months with it, but it almost certainly will return at some point in the future, and reballing is a difficult repair that unless you have the equipment and skills to do it, shouldn’t be attempted.