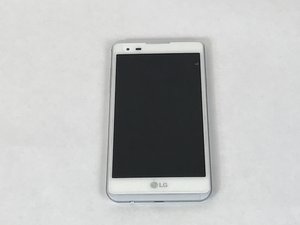 Why is my phone not responding to on and off restart

While i was on my phone just browsing the internet, i started receiving these popups every few seconds over and over again that "unfortunately weather app is not responding(or working)". After about 20 seconds of that i received a different popup stating "unfortunately LG backup is not working(or responding)". Immediately after that my phone shut off... but the screen is still on. It has that little orange boost symbol on it, its stuck in this mode where it has the screen when you fully power on or off the phone. Its been like this for at least 12 hours while i kept it on charge. Yes i tried powering on and off the phone but there inst much i can do since it wont get out of this screen. if i did potentially get hacked i have no important information so i dismissed this idea.