Released on July 21, 2011. Core i5 or Core i7 Processor. Thunderbolt. This unit is also used to run the Mac mini Server configuration. 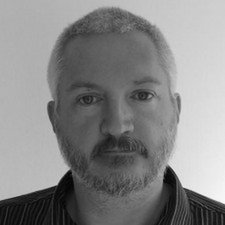 From mid 2013 to late 2016 it served as a media server, running XBMC/Kodi. Towards the end of that time it started to randomly shut down. I then stopped using it and since then it's been sat in a cupboard.

I was going to wipe it and set it up for my daughter, but I can't get it started. When I try to start it, the power light comes on and I can hear something (I think it's the HDD) and then about one second later it switches off.

Any guidance on troubleshooting this would be much appreciated.

Hi, i am having the same issue as well. I check the power supply and it is working with 12 v, and I check the battery and it has the nominal 3v. Any additional ideas? I think it could be a motherboard problem, but no idea how to check nothing there.

Hello everyone. I have this problem with a Mac Mini mid 2011, 2.7 Ghz Intel core i7. By some days, in the morning, the Mac does not start regularly. It turns off after a few seconds, before the operating system starts. After several attempts, however, at least 5 or 6 the Mac starts. Turning on and off several times during the day, it does not present the same problem. Except when it's turned off for several hours.

This problem started showing up the day after I downloaded the latest High Sierra update, on the Apple Store. Is this a coincidence? Honestly I would like to get to 2021 to buy another Mac.

Are you able to boot it up in safe mode or under the onboard diagnostics? Mac startup key combinations. I would start there. If you can't, are you able to get it to get the system into Target Disk Mode? Let us know what works and what didn't that will give us a clue on whats needed here.

Well then, I think you'll need to replace the power supply as the first action. I'm hoping the logic board is OK.

Here's the IFIXIT guide: Mac mini Mid 2011 Power Supply Replacement and here's the part you'll need: Mac mini A1347 (Mid 2011) Power Supply. To open the system you'll need to either make a tool or get this one: Mac mini Logic Board Removal Tool as well as the T6 & T8 Torx drivers & 2 mm Hex driver.

The tricky part is pulling out the logic board without snagging it. Using the tool makes it a lot easier. I place my thumb on the back plate to stop it from going to far out (about 1/2") as its like a cork in a bottle you need to pull it hard but once it gives you don't want the cork puller & cork flying off ;-}

Unfortunately not. I've tried all of the key combinations and the result is the same - it powers on for about one second and then powers off again.

Thanks, I'll give that a go. I have a second Mac Mini of similar vintage (although it's a 2.7 i7) so I might try swapping the parts before ordering a new one.

• Macmini5,1 which only has the Intel HD Graphics 3000 services.

Most of the Macmini5,2 models encounter a failed tantalum cap like the MacBook Pro's encounter Al Sharpe's answer below gets into fixing this issue.

Sadly for the others it's time for a new logic board.

My Mac mini 2011 All would not start up unless I heated it with a hairdryer. I believe the issue is with a hairline crack in the motherboard. When heated it expands and connects when cool it shrinks and will not connect. If you can find the crack you can bride the connections .

That's just my 2 cents on the subject.

I see that this is becoming an old post but I wanted to add some testing that I’ve been doing on a 2011 Mac mini that was given to me. It exhibited exactly the same symptoms as other here are experiencing where the computer power indicator (sleep indicator?) comes on only for a brief moment when the the power switch is pressed. I’ve been working on this on and off for about 4 months… not wanting to give in.

I also noticed that as the unit was plugged in, the power indicator would flash momentarily even without pressing the power button. Other Mac Minis that I have do not do this. I did a number of tests looking for shorts and other irregularities on the logic board but found nothing. In the back of my mind, the GPU issue of the 2011 MacBook Pro was always present. And, there was a similarity with this and the HP G62 which suffered a similar fate. The computer would not start, but the caps-lock would flash.

I decided to add some solder past and do a reflow of the AMD GPU. At this point I really had nothing to lose because it didn’t work anyway. I applied almost 500 degrees Fahrenheit for 2.5 minutes using a rotating motion of a SMD station. After letting it cool down, I plugged in the Mac mini and the power indicator did not flash this time. Next,I pressed the power button and the computer immediately started up. It ran long enough for me to do a full installation of High Sierra. I let it run for a while and after some undetermined amount of time, the computer shut down on its own.

I was able to start it up again but I found it to be unreliable as it would crash and restart while trying to start up.

To sum this up, it appears clear to me that the reason so many of these 2011 models were no longer starting up was due to the failed AMD GPU. Of course, what I’ve done in no way is a fix. We all know that these GPUs cannot be repaired, but it appears to me that the GPU is the reason for the failure.

I challenge others that have the opportunity to do this same test, do so, and come back with your results.

OK, it looks like I have solved the problem at least on my Mac Mini. My Mini is a 2011 i7 with an AMD 6630M GPU. I can’t speak for other models that don’t have an AMD GPU, but I think if you have this same problem, it will apply. This problem is a fault on the logic board. I don’t recommend this repair for anyone that is not comfortable doing SMD work. It is best left to qualified technicians.

To do the repair, you will need to remove the logic board from the case and flip it over so the fan area and CPU side are facing down. Align the board so the USB, Thunderbolt, etc. connections are facing away from you. Locate the metal shaft on the board that is used for the long screw of the fan. Just to the left of it you will see a small capacitor with the white label “N8 de” and a “+” sign. This is the bad capacitor. It’s a 330uf 2v capacitor. I replaced it with a 330uf 6.3v capacitor, which is much larger. I used wire stand-offs to elevate the capacitor so it cleared other components. You are welcome to find what ever replacement works for you. The operating voltage of the VR is 0.99v. Be careful not to use high heat close to the memory chips that are along side this capacitor. I was able to replace the part by using only a soldering iron.

The Mac Mini is now working perfectly. It comes on properly without doing the quick on/off that is was doing before and I am very happy to see this working after looking at it on and off for the last 18 months. I wish you luck on yours, and as I say, be very careful when working on this. a mistake could be costly.

Hi Al Sharpe, same model Mini with I7/AMD here. I've identified the cap you mentioned, and it looks fine. Was there any visual indication that the cap was faulty for you, or was it only through testing that you identified it as faulty.

Maybe is possible to start directly on Intel gpu and désactivate the second amd gpu ? [br]

In this case the computer won't start up, so there is no way to get to that stage.

I love you, this was so helpful

Hi Mike. There is nothing visual about this capacitor that makes it look bad. I determined that it was bad by applying heat to it and turning the computer on. These caps are heat sensitive and heating them makes them work again temporarily. If you can, replace it to see if this works for you.

I found this, but doesnt work for me yet.

OK, just in case someone has the same problem in future. I left the mini in the hands of a tech guy who couldn't figure it out. But then, someone on Apple discussions pointed out how to solve this issue.

Basically you leave it unplugged for a night, plugged in it, press cmd + alt + p + r along with the power button of the Mac mini.

The person who mentioned this said it took 4 days and over 200 tries before it turned back on. For me, it took 2 tries and it worked.

This is also why it happens:

The EFI firmware on the pram has been corrupted and the instruction to start the computer is not being properly executed. EFI firmware is the same as the BIOS on a windows machine

Kuddos to Lemas. All credit goes to that user.

@yuritasso - This sounds more like the PRAM battery is failing so the settings are getting corrupted.

I have the same problem.

The machine was disconnected and spent two months at sea, on it’s way to England.

Connected it all up and all I get is the flash and nothing else.

I have replaced the PRAM battery, but that didn’t help.

Anyone else had any success?

I have a similar issue: if i live my Mac mini 2011 off for a night, it will boot and start sierra, and then, after a few minutes computer will shut off by itself, and if i try to turn it on again, all i get is the cooler at full speed and no screen at all (not white not black not grey no logo, nothing). At this stage only fans work, no other noise of booting, forcing me to shut down computer by holding power button. After a few ours unplugged, it will star again, and same problem occurs, finally shutting down computer and secondary problem start (fans at full speed) . Any help would be very appreciated.

Have you read over my note about the bad capacitor?

The problem you are having is definitely capacitor related, but you may have the reverse condition that I experienced. It sounds like the capacitor on yours goes bad when it heats up, and is good when it is cold. You could try waiting for it to stop working, then use cold spray in areas of the board until you notice that it starts up again. That’s what I did but I used heat instead. From there you need to work down closer to the point where you could cool one small area to identify the component. This is my only experience with a 2011 Mac Mini but I’m sure that you will find the problem. Don’t be discouraged if it takes a while. The MacBook Pro A1278 had a similar issue with the GPU regulator capacitor C9560.