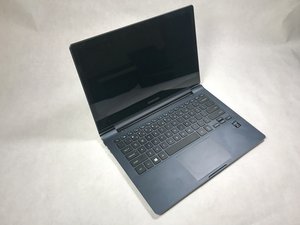 A little background info: I've owned this laptop for about 3 years now. A few months ago, the female charging socket on the laptop started to loose connection with the male charging cable, and required a lot of baby sitting the charger to ensure it would stay charged. Yesterday I replaced the charging socket with a brand new one. Install went smoothly, and wasn't too complicated.

After replacing the charging socket, the PC charged up fine, and booted up without issue. Once up and running, I connected to the internet, and briefly browsed the internet and started watching some videos on youtube. After roughly 30-45 min, the PC just shut off. (Not started to shut down, just when black as if I was holding down the power button.) About 30 min later, I tried to boot back up, and was able to login and continue watching some youtube videos. Again, about 30 min later, it shut off again without warning.

I'm thinking this could be a cooling issue, and have placed the back of my hand on the usual warm spots on the exterior of the laptop; not noticing anything hotter than normal. Short of checking the processor temp as its running, I'm lost.

Anyone have any ideas, or happen to run into this in the past? Any help is greatly appreciated.

I have looked up my cpu's maximum operating temp and checked each cores temp while running, as well as checked/ cleaned my cooling fans. The fans are running at good speed like they should, and the internal core temps are well below maximum. So this doesn't seem to be the issue.

Samsung support recommended that I run a battery diagnostics test from the boot menu, however, the laptop wont stay on long enough to run it. Every time I tried to run the test, the laptop would completely shut off before I could even start the test. However, I'm not completely convinced the battery is the problem, because it charges all the way to 100% when hooked up, and seems to hold the charge like normal. (Unless there's something I'm un aware of.)

Does it switch off if the charger is connected and switched on?

Does it switch off if the battery is removed and the laptop is run on the charger alone?

Have you checked in Event Viewer to see if there are any events listed at the time of the shutdown which may give some clue as to what is happening?

It seems very co-incidental that this started occurring after you replaced the charge port. I presume that this is correct? If so you may have to go back and check your work for solder "bridges'' etc

I am having the same issue with a customers laptop. Funny thing is, when I opened the laptop and removed the internal battery, the machine ran all day without one issue. Ordered a new battery and the issue is still there with the battery installed. Almost starting to feel like a logic board issue at this point. Any updates on your end?

Have you check these things on your laptop?

1. Do you check dirty fan/overheating?

2. Do you check any hardware failure?

3. Do you check wrong charger voltage?

4. Do you check display driver crash?

5. Do you check computer virus?

And if you really think about the above situations, then here is the answer:-

One of the first and most likely reasons your computer is shutting off randomly, especially when you’re playing a game, is an overheating issue. This is the bane of most computers, especially laptops, since the heat has nowhere to go. Fans that are in peerless working order are critical in aiding this issue.

This is such a common and important issue in fact that most computers now have a built-in mechanism that will shut off your computer if any of the components become too hot. Consider this your fairy mother protecting your expensive electronic device.

What you want to do to overcome this is to figure out what is causing the heat, and dirty fans are most likely the culprit. You’ll want to “look at your video card fans, case fans and processor fans” to see if any of them are squealing. If one is, that probably means one of them is broken.

When looking at the fans, “take a moment to clean them” and to do so properly. They are covered with dust, hair and other gross residue that makes it hard for the computer to cool itself off.

Your fans will utterly thank you for it, and it will extend the life of your computer big time. A computer that is cool as a cucumber is what you’re striving for.

Another common reason for a random shut down of your computer is a hardware component failure, which is not unheard of, especially on computers that have been refurbished. If you’ve recently “added any new hardware” this is the time to remove it to see if the shut-down issue goes away.

The hardware to check first are as follows: RAM, CPU, your motherboard, power supply and your video card.

If you’re a gamer and your computer shuts-down while you’re playing a game at the usual performance setting, chances are it’s your charger/power source. Many games require chargers with higher voltage capacities, with the preferred voltage from 100w to 240w. However most computer users don’t realize this and instead use chargers that are 90 watts or less.

Games are one of the most resource consuming things you can do on a laptop, especially since they almost always make your fans run at top speed. Don’t forget – a vacuum cleaner hose does a great job at cleaning those laptop vents.

If you’ve tinkered with your operating system or have changed drivers on your computer, this too can be troublesome, especially if you’re playing around with BIOS. A driver crash can always completely shut down a computer.

AMD display drivers or the AMD Catalyst Suite are two common display drivers that have been known to crash. To determine the driver that crashed, when your computer starts back up look to see if you have any dump files at the top of the crash posts. These files will tell you everything you need to know.

These viruses are usually activated by a certain thing you do on a computer, whether it’s a keystroke or opening a particular program. To make sure you have your best defenses up against viruses, make sure you’re running a great background anti-virus program like Malwarebytes and that your virus scanner definitions are up-to-date as well.

I have a problem like this. I will open my laptop, browse the internet for about 5 min, and then my laptop will shut down. When I take it to Geek squad, at the store, this never happens there. I come home, open, start browsing, and it shuts down. I can start it back up immediately and have no further issues. It happens almost every time I am browsing the internet one time per day. I can sometimes get it to stop shutting down if I have started up an unsaved file in Notepad, and I can prevent full shutdown when the shutdown process says 'You have an unsaved file. What do you want to do?" (But the browser has already ended the browsing session). It doesn't seem to matter which browser I am using, ie, edge, or chrome.

What is the make and model number of your laptop?

What OS is installed?

Does this happen when connected to the charger as well or only when on battery power?

Check in Event Viewer for any Critical, Error or Warning events that occur at the time of shutdown (If Win 10 right click on Win Start button -left side of Taskbar, select Event Viewer link that appears in options box)