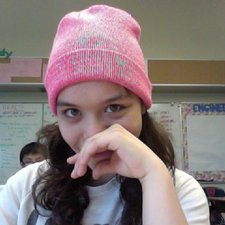 My phone wont turn on all the way

Unfortunately this is a widespread issue with the LG G4. Your phone is stuck in what's called a boot-loop. It's a hardware issue that LG is very much aware of, and the only recourse they're willing to offer is to send it in for a repair which takes about 2 weeks. Some carriers have been willing to re-issue you a replacement, but since this is an issue LG, most are telling you to send it in. You can find the customer support number to call on LG's website. I will say this, if you have access to another phone to use in the meantime, go ahead and activate it because this will not be a quick turnaround and LG will not issue you a loaner phone nor will they replace it. I've heard of some people being without their phone for several months now because LG is waiting on parts due to the fact that this issue is so widespread. I'm currently working on my 3rd time sending it in because they have yet to repair my phone. Every time I get it back, it's still stuck in the boot loop, and the last time they sent it back, it won't even power on. The worst part about it is that you have unfortunately lost everything on your phone. It also corrupted my memory card, so I lost everything on it as well. I wish I could give you better news but you've just joined an unbelievably long line of angry customers dealing with a company who didn't even acknowledge this issue or offer a solution until a petition was formed and made public, which ultimately forced their hand. Sorry you're too having to deal with this, good luck.

same thing happened to me except it just stopped turning on and will not charge at all. brought it in to a repair shop in Toronto CANADA but they cannot figure out what is wrong with it. memory card also got corrupted and lost all my photos from vacation. very disappointed.