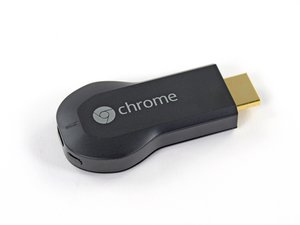 A new iteration of the set-top box, a side-set box. Chromecast connects to your Wi-Fi network to stream content from your compatible device to your television.

Why is the screen and audio not working?

My chrome cast stop working . It would be showing the light on the device but no image would appear. It would let me connect a video but it would not appear but it would say it is playing . Also on an other chrome cast it would flicker but show an image yet no audio could be heard.