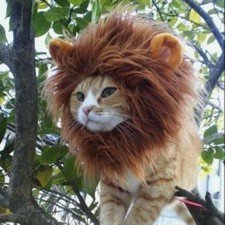 I dropped my iPhone 5c the other day and watched the screen slowly fade to black. No cracks or anything, the fall couldn't have been from more than waist high onto concrete. The phone fell with the screen up. I've experienced symptoms that have progressed as follows:

First the screen showed a row of white squares at the bottom and that was it. The phone would still ring and I could still answer and field calls with the headset button. When I plugged it in to my computer it would make the "bong" noise every nine seconds or so.

I turned it off and then on again and the squares disappeared. The backlight was still on, while the screen was still nothing but black it was brighter than nothing at all. I could still answer calls and even attempt to communicate with Siri (who would tell me I couldn't access his/her help until I unlocked the phone, which I couldn't do).

I came home from work to a dead phone the next day, I charged it up and now the screen won't illuminate at all, and I can't seem to turn it on and field calls with it anymore. No matter what I do it will no longer ring or make any notification sounds other than the "bong" every nine or so seconds when I have it plugged in to my computer or an outlet.

I've opened it up with the proper tools and checked the cable connections, everything seems in order. What I'm worried about is the possibility of ordering a new screen/display/lcd unit from ifixit and finding out that there is something wrong with the backlight or something worse.

Any help at all is greatly appreciated. I'd like to figure this out myself and fix it, but I can't pull the trigger without having some belief that I'm doing something that will actually be productive.

I had a customer bring me there iPhone 5C with the same incident, the screen would not turn on and it was blacked out, It was not the screen that was is the issue it was the PCB and SMD which got a cold solder joint because of the drop. Once I re-soldered the chip it worked just fine which also I had to replace the screen since it was cracked to. My best advice would be to take it to a local repair shop that does free diagnostic to let you know and from there you make the decision if you want to repair yourself or have them.

Can you please tell me which chips are those? I have an iPhone 5c with the same problema but, how can I be sure?

Here's a picture of the PCB it's the green square that is the power management IC.

just google iPhone 5c power management IC and a picture of it will show. I tried attaching link and picture and didn't let me on my last comment.

This sounds like a LCD failure from the drop. Iv seen this happen. Before buying a new LCD or getting it repaired, i would go ahead and hold the power and home button. This is like a hard reset for iPhones, and it should come on. If it doesn't then you need a new LCD. IFixIt sells them.

It sounds like you just need a new display, but the only way to tell is to try it. Maybe see if a repair shop will do diagnostics for you at least.

The same happened to my iPhonne 5c. i dropped it when talking on the phone. i watched as the screen went out and freaked out. it has been like this for over a month. we havent gotten it fixed yet. we are supposed to on Friday. The whole time it still made noises like typing the password or talking to siri or making phone calls or plugging it up to the charger. deduke have you gotten it fixed. Message me at (662) 475-8633 please.

My iPhone 5C blacked out after i dropped it and i tried charging it but i don't see the charging sign and I powered it off and now it won't turn back on. Please solve this issue for