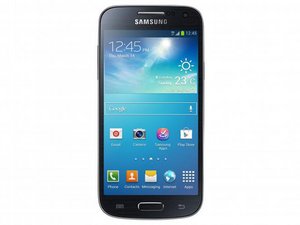 Released on July 28, 2014, the Samsung Galaxy S5 mini is a cell phone that features an 8 MP rear camera, 720p display, fingerprint scanner, and water resistance. It has a larger display, increased battery life, and an updated camera from its older brother, the Galaxy S5.

can anyone tell with certainty whether the two pins in the upper left battery corner (just above the microSD slot) are intended for wireless charging? They seem a little too close to each other. Allegedly, Samsung support stated they indeed are meant for QI charging, others claim it would only be for the S-view cover. Germanys Samsung support refuses to tell me anything about the purpose of these contacts. Testing with a multimeter reveals that at least one of them has electrical contact to the battery.

So, if they really are intended for wireless charging and Samsung dropped wireless charging for the S5 mini, it should be possible make it charge wirelessly with an appropriate coil and some copper foil to match the contacts. Otherwise, if this would be possible, I guess there already would be some chinese manufacterers selling pre-build receivers which do match the contacts.