Learn how to add wireless networking capabilities to your PC.

DO IT ALL WITH ONE BOX

Bandwidth sharing means that wireless networking may be a poor choice for applications, such as streaming video, that require real-time, high-bandwidth communications. The bandwidth of modern wireless components is barely sufficient to stream DVD-quality video under ideal conditions. If one or more other wireless clients are also using bandwidth, the delivered video will be choppy. For that reason, we always recommend using wired networking for video or, alternatively, a dedicated or 802.11a wireless networking connection.

A wireless network may have one or many APs. Although most home or SOHO networks get along fine with one AP, using a second AP provides additional area coverage, allows more wireless adapters to connect to the network simultaneously, and provides additional shared bandwidth. For example, one AP might have insufficient range to cover a large home, particularly one built with stone, steel studs, heavy plaster walls, or other materials that block radio waves. We can't imagine that the limit of 32 or 64 connected wireless adapters would be a problem in any home or SOHO environment, but the limited shared bandwidth might be.

Adding a second AP at some distance from the first AP extends the coverage area and doubles the bandwidth available to be shared among the wireless clients. Depending on their location, some wireless adapters may be within range of both APs, while others will be in range of only one or the other AP. If the wireless network is properly configured, client wireless adapters simply connect transparently to an available AP without user intervention. If the client is mobile for example, a notebook computer being carried from room to room the connection automatically hops from one AP to the next as the client moves within the coverage area.

Figure 14-2 shows a typical AP intended for home or small-business use. This AP, a D-Link DWL-2100AP model, uses the ubiquitous low-gain, omnidirectional "rubber duck" antenna used by most wireless devices. The mounts used for these antennae allow the antennae to be oriented in all three dimensions to maximize signal strength and optimize coverage area. Some APs use permanently affixed antennae. Others, including this model, provide a socket for an external antenna. Various external antennae are available, including models suitable for outdoor mounting, models that provide higher gain than standard rubber duck antennae, and models that are highly directional. 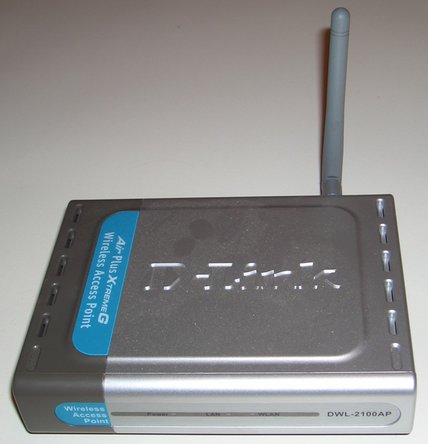 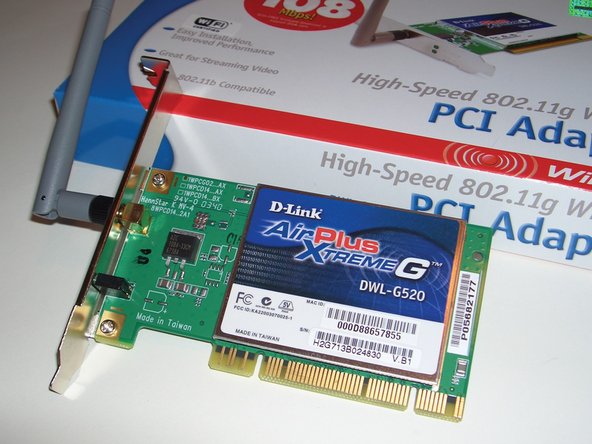 Some wireless vendors particularly those who focus on businesses anticipate the standards-making process by adding proprietary features that have not yet been ratified as a standard (and may never be ratified). Such enhanced products are attractive to businesses for their added features and are usually able to interoperate with standards-based products, but generally only at a least-common-denominator level. For example, Belkin jumped the gun on the emerging 802.11n standard by introducing so-called "Pre-N" APs and wireless adapters. These Pre-N products which may or may not end up being compatible with the 802.11n standard when it is finalized provide higher speed and longer range when they are used together, but when they are used with 802.11g or earlier components, they function as standard components.

In general, we recommend avoiding whenever possible wireless components that depend on proprietary extensions to provide the required level of functionality. Current standards-based wireless components provide adequate security and manageability for any home or small business environment.

The range of a wireless connection depends on many factors, including its speed, amount of interference, obstructions in the signal path, and the types of antennae used. All other things being equal, though, the range of a connection is determined by how powerful the transmitter is and how sensitive the receiver. Different brands and models of wireless components may differ significantly in both respects.

The transmitter power of wireless networking components is usually stated in dBm, and may range from 0 dBm (defined as 1 milliwatt or mW) to 30 dBm (just over 1,000 mW). An increase or decrease of about 3 dBm corresponds to a doubling or halving of transmission power. For example, an output of 3 dBm corresponds to about 2 mW. An increase or decrease of 10 dBm corresponds to increasing or decreasing transmitter power by a factor of 10. For example, an output of 10 dBm is about 10 mW; 20 dBm about 100 mW; and 30 dBm about 1,000 mW. All other things being equal, increasing power output increases range and transmission speed.

You might think the best idea would be for all devices to use maximum transmission power all the time, but high power is not always desirable. Using more power than needed does not improve the speed or quality of the wireless link; it simply introduces unnecessary RF into the environment, where it may interfere with other wireless devices that would otherwise be able to use the same channel without conflicts.

Accordingly, the firmware of some wireless devices is programmed to negotiate link characteristics with other wireless devices, including transmitter power, to establish an optimum connection at the minimum required power level. This negotiation can be done at very low data rates, so the initial contact between the devices can occur at low power. Each device tells the other about its own capabilities, including the fastest link speed it supports. The devices then increase their transmitter power to the minimum level needed to support the highest common data rate. If the maximum available transmitter power is insufficient to support their highest common data rate, they fall back to a lower data rate, using whatever power level is needed to support that lower data rate.

Most mainstream wireless components are supplied with a standard "rubber duck" antenna, which is usually described as omnidirectional. That's true in a sense, but the standard antenna radiates omnidirectionally primarily in one plane. For example, with the antenna oriented vertically (at 90 , relative to the horizontal plane), as shown in Figure 14-5, the radiation pattern resembles a doughnut extending horizontally outward in all directions. If this AP were installed on one floor of a home, for example, its coverage area might include all rooms on that same floor, but rooms on floors above and below its location would receive a weak signal. 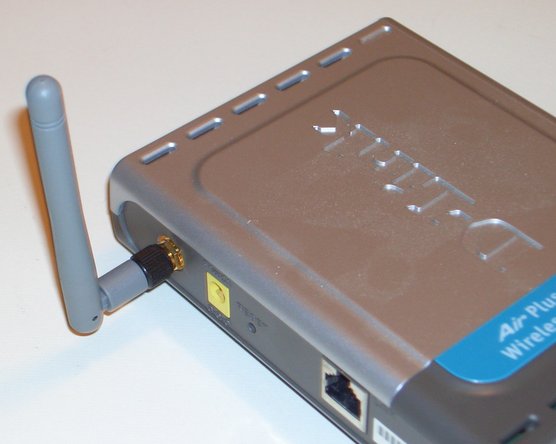 Because antenna orientation has a major effect on coverage area, most antenna mounts permit the antenna to be rotated in all dimensions. For example, Figure 14-6 shows the antenna in the same vertical plane as the preceding image, but oriented at 45 , relative to the horizontal plane. With the antenna oriented this way, the AP provides a smaller coverage area on the floor where it is located, with added coverage on that portion of the floor above located to the right of the AP and added coverage on that portion of the floor below located to the left of the AP. 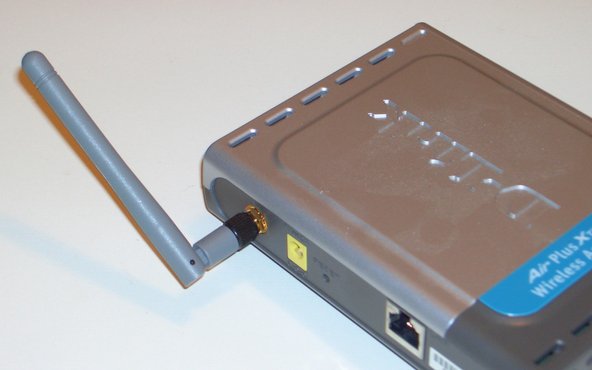 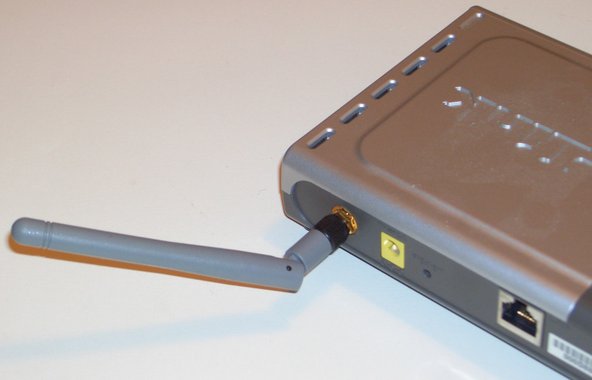 Most forms of wireless use the 2.4 GHz band, which is unlicensed and can be used freely by anyone. Wireless components must share this band with millions of other electronic components everything from microwave ovens to baby monitors to cordless phones to wireless security systems to garage door openers which means there's a lot of interference.

This fact was brought home to us, in spades, when Robert happened to be using his notebook computer to shoot some screen captures of a Super G wireless adapter configuration utility. Signal quality and data rate were at their highest, until Barbara turned on the microwave oven. The D-Link wireless adapter and AP held the connection, but the signal quality and data rate plummeted. It was as though someone had turned on a jammer, which of course is exactly what happened.

If you use wireless networking, be prepared to make compromises to deal with spectrum conflicts. You may even need to replace some of your other electronic gear, such as swapping out your 2.4 GHz cordless phones for 900 MHz or 5.8 GHz models.