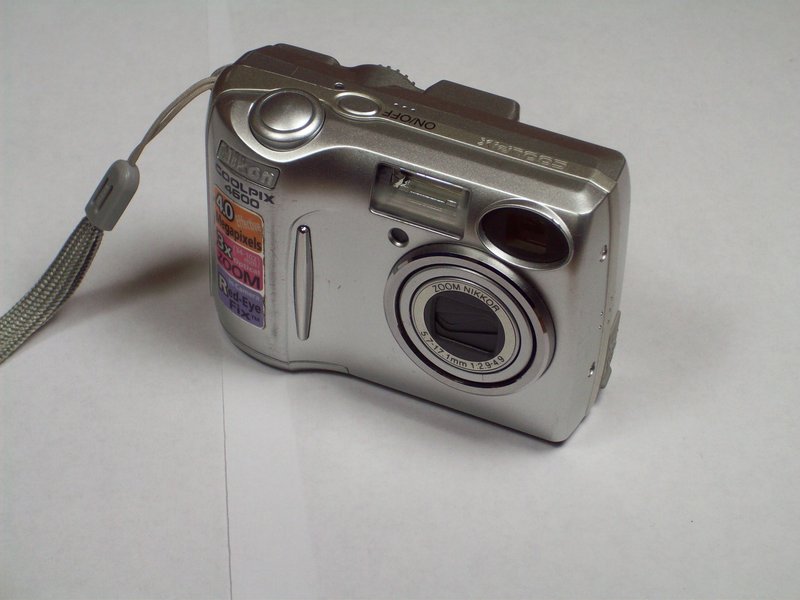 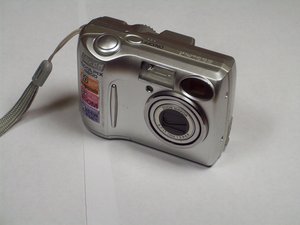 Author: Caitlin Walter (and 4 other contributors)

No matter what you do, you can’t get your camera to turn on.

The most common reason your camera won’t turn on is because its batteries are dead. Before completely disassembling your camera, try removing the batteries and replacing them with fresh batteries.

Connect to your computer

If you have replaced your batteries and the camera is still not turning on, try connecting it to your computer. Use the Audio/Visual (AV) cord to connect the camera to your computer and turn it on. This will allow you to see if the problem is your camera’s battery port or the camera’s hardware.

If your camera turns on by connecting it to your computer, your problem is most likely a corroded battery port. To fix the problem remove batteries and gently scrape off any visible corrosion, then wipe out with an electronic cloth.

When your camera is plugged into your computer, the computer does not see the camera.

Remove memory card and insert it into computer

Putting the memory card directly into the computer bypasses any problems that may be with the camera/computer connection, making access to taken pictures possible.

Battery could be dead

It is possible that your camera's batteries are dead. It is important to ensure they have energy in order for the camera to work as expected. Remove dead batteries and replace with fresh ones.

Unplug and Plug Back In

The cable may have formed a faulty connection or it could not have been physically plugged in properly. Plug the cable back in carefully to ensure a good connection.

Camera cord could be malfunctioning

If the cord is the source of the problem then it lies with faulty wiring within, at which point a new cord would have to be obtained.

Access to data on the camera may require the connected computer to have certain software downloaded in order to communicate with your camera. Downloading this could potentially be important for getting desired data off your camera.

When you turn on your camera, a red square with a white circle warning message flashes repeatedly.

Time and date are not set

The camera requires the user to initialize the date and time settings. It is necessary because the camera uses this information to document the pictures taken.

Error Screens when camera turns on

''An error message screen appears when you turn on your camera and will not turn off."

A problem may likely lie with your current memory card in the camera. If this is the case, swapping in another one should fix the error.

Remove batteries for 24 hours and then place them back

If swapping memory cards does not work, try removing the batteries from the camera for an extended period of time. After you put them back in, try again.

Your memory card in the camera is set to lock mode in order to ensure that important data on it is not accidentally deleted. There is a switch on the SD card with two positions, "Locked" and "Unlocked", the latter is the one you need to switch it to.

When you turn on your camera, the software only loads halfway.

This could be a result of low battery power. Replace the camera's current batteries with fresh ones to ensure the camera has enough juice to start up properly.

If there is a problem with the lens mechanism it will interfere with the camera's ability to start up properly. That being said, if it is not something caused by dirt or an obvious obstruction of the lens, then it is most likely within the camera, which would require the partial disassembly in order to attempt to fix it.

Remove the batteries and check if there is corrosion in the battery port. Replacing them with new batteries to make sure that the camera has enough power it needs to start up properly.

Sand or dust particles lodged in them

If there is a foreign particle lodged in the lens mechanism it will prevent it from opening properly. It is important to be careful with any attempt to clean the lens device, but compressed dust remover is often an easy and effective way of doing this.

This link below includes some steps to clean the lens.

Horizontal stripes appear on LCD display after taking a picture

Problem lies within the control circuitry, send to Nikon for a free replacement

This sort of problem with the LCD is due to faulty circuitry within the camera. Since the average consumer is not an expert on advanced circuitry or soldering and Nikon realizes this, you may send it in to Nikon for a free replacement within your warranty.

What batteries does the Nikon Coolpix l810 use?