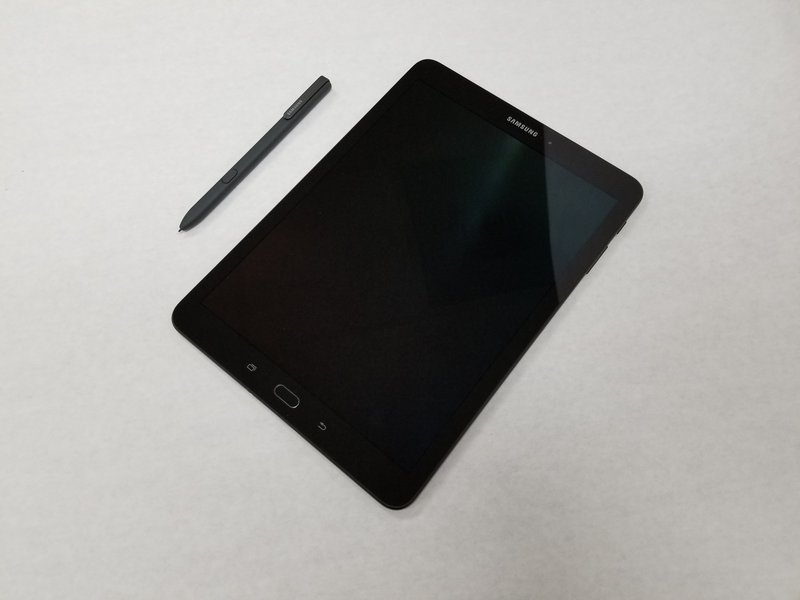 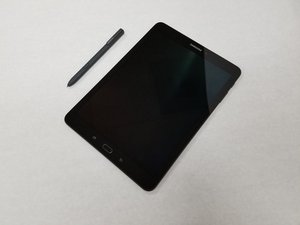 Author: Zachary Fucini (and 4 other contributors)

An Image on the Screen Won’t Go Away

An image, pattern, or text on the screen does not disappear completely, even when I open other applications.

The Samsung Galaxy Tab S3 has a Super AMOLED (Active-Matrix Organic Light-Emitting Diode) display. The way this display works is that each pixel is composed of an individual light-emitting diode, which is like a very small light bulb.

There are many benefits to this type of display, including:

Unlike LCD, however, AMOLED displays are susceptible to a phenomenon known as “screen burn-in.” What this means is that each of the individual ‘light bulbs’ powering the display will dim the more they are used, causing uneven lighting and colors. This happens more quickly and is more noticeable in areas where static images are displayed for extended periods of time, such as the status bar, keyboard, or video player letterboxing.

You can check for burn-in by downloading a white or light gray solid-color image onto your device, zooming in so it fills the entire screen, and viewing it up close. If you notice certain parts of the screen are noticeably darker or lighter than others, and don’t go away after a long period of time, you have burn-in. Keep in mind that this is different from image retention, which typically disappears in about 15-20 minutes.

Keep in mind that, since burn-in is damage to the display itself, you cannot zoom in or take a screenshot of the affected area. Burn-in does not inhibit the functionality of the tablet, and you can continue using the device as normal. However, if burn-in bothers you, you may want to consider replacing the display assembly.

You can follow the display replacement guide to learn how to replace a broken or worn-out display on your tablet.

The Battery Doesn’t Hold a Charge

The battery fails to hold enough charge to last a full day of use.

The Samsung Galaxy Tab S3 has a 6000mAh battery which Samsung rates for 12 hours of use. This is enough battery capacity to last most average users at least a day.

You can run a battery utility such as AccuBattery to check the health of your battery. Install the app on your tablet, set it up, and let it run in the background for a few days with normal use. If you check back in the app a few days later, it should be able to accurately tell you how much damage your battery has, what its new capacity is, and how many hours of use you should be able to expect from your tablet.

Most tablet batteries are designed to last about 2 to 3 years before becoming too worn out for normal use. If your battery is more than around 20% damaged, you might want to consider replacing it.

Learn how to replace the Tab S3's battery by following the steps in the battery replacement guide.

The tablet fails to charge when the cable is plugged in.

Because they are not kept in pockets, tablets are typically less susceptible to getting a clogged-up charging port. However, the port can still become obstructed with debris when stored in a bag, used outside, or used in a dusty environment.

Luckily, USB-C ports, such as the one found on the Tab S3, are often considered the easiest charging ports to clean, and hailed as the most durable alternative to Apple’s Lightning connector and the older Micro USB standard.

To clean your tablet’s charging port, turn your device off, and use a toothpick or other non-conductive tool to scrape the lint out. You can stick the toothpick in the port and move it in an oval around the center pins until all the lint comes out. Avoid using a metal tool for this task, as it can bend the pins; in a worst-case scenario, it can short-circuit the device, turning a simple cleaning job into a complicated and expensive repair. You can use a can of compressed air to remove any loose debris in the charging port that cannot be removed with the toothpick. When you plug the cable back into the tablet, it should fit nicely, with the plastic around the plug resting flush against the metal frame.

The Physical Buttons on My Tablet Don’t Work

The home, power, and/or volume buttons don’t click when pressed.

Tactile buttons may begin to stick overtime or become less responsive. Pocket lint, dust, or any sort of debris can change the responsiveness of hardware buttons. This type of stuck button usually isn’t mechanically broken, which means it can usually be fixed by cleaning the area around the button.

To clean the area around the buttons, begin by saturating the end of a cotton swab with isopropyl alcohol. Shake the swab to ensure it is not dripping. Make sure the device is turned off, and then clean around the button, doing your best to work the fibers into the crevices. Let the area dry and try blowing compressed air around the button to remove any additional debris.

If the above cleaning method does not work, then there is a chance that the button is mechanically broken and will require replacement.

The tablet’s camera won’t focus, and all my photos turn out blurry.

The Tab S3 comes with a thin plastic cover on the camera lens. Make sure to remove the small piece of film before taking any photos, since the plastic is less transparent than glass and can affect the quality of your photos.

The camera lens may have grease or fingerprints on it, especially after holding the device in landscape mode. Newer versions of the camera app may be able to detect when the lens is dirty and prompt you to clean it when you open the app, but this may not always be the case. To clean the lens, simply wipe the oil off with a glasses cleaning cloth, shirt, or other similar object.

Many camera lens fog up in high humidity areas. Use a microfiber cloth to clean the lens before taking photos.

Camera Will Not Focus

Try focusing on a different object by tapping it on the screen. If the camera continues to adjust the focus, tap and hold on the area you wish to focus, and the focus will be locked until you manually focus somewhere else.

Just like if you tried to stare at an object too closely, the Tab S3’s camera will be unable to focus on objects that are too close. Try moving the camera backwards until you are able to clearly focus on the subject, then zoom in or crop the image to achieve the desired effect.

If you find that you need to replace either of the Tab S3's camera modules, you can follow the instructions in the camera replacement guide.

The tablet won’t play audio correctly through the built-in speakers or headphones.

Remember, many problems with software audio drivers can be resolved simply by restarting your device. If the problem persists it is likely a hardware issue.

The Tab S3 has four speakers which provide stereo sound; there are two on the top and two on the bottom.

The speakers face outwards from the metal frame, be careful since you might be covering up the speakers with your hands while using the tablet, especially in landscape orientation

Follow the speaker replacement guide to learn how to replace one or more faulty speaker modules.

Remember, many problems with software audio drivers can be resolved simply by restarting your device. If the problem persists it is likely a hardware issue.

One reason why you may not be able to hear sound coming out of your headphones is because the headphones are broken and not the jack itself. Try listening to audio with another pair of headphones or speakers, and if the problem persists it is likely a problem with the Tab S3’s headphone jack.

If you are a constant headphone user, the jack can get worn out over time or clogged with lint/debris in a similar manner to the charging connector (Battery and Charging).

Try cleaning out the jack with a toothpick.

You can avoid future issues with headphone jack failure by using wireless headphones or the built-in speakers.

Help me I bought tablet and person I bought it from I can't get ahold of to remove Gmail and I forgot the password I guess. Please help is this just going to be an expensive brick tablet? I hope not thank you

My tablet heats up in one corner next to the power button. It gets up to 35 degrees centigrade. This is almost burning my fingers. I am told this is normal. However I have had this tablet since June 2018 and it has only just started doing this. Is anyone else experiencing this or is it as I thought, mine is a lemon as this is the third issue I have had with the screen.

I would think that there is a internal problem. I've had mine for two years and it has never heated up on me.

I have the SM t820, will not let me charge, says to check the charger USB port for moisture and to let it dry out. I've tried that multiple times blown it with compressed air nothing seems to work. I even went back to factory reset and that didn't help. Any help would be greatly appreciated.

I have the same issues as Country Life. This started happening a few days ago. Mine won’t let me charge, however if I leave it plugged in and reboot. It will show that the tablet has charged. Though the tablet is able to track the power usage and watch the percentage drop.