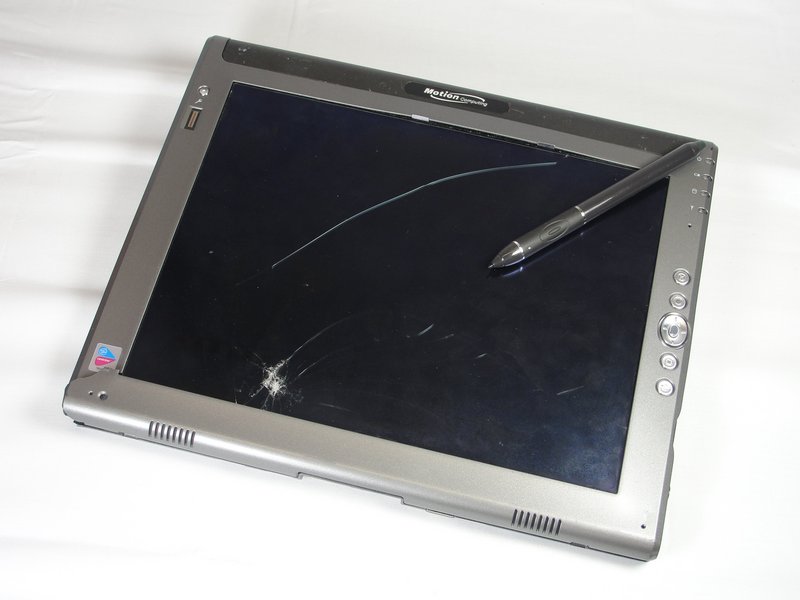 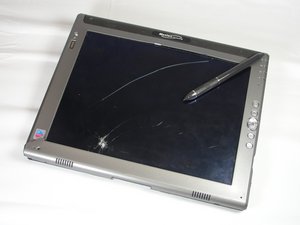 Author: Luke Thompson (and 2 other contributors)

Tablet will not turn on

If the LE1600 will not start and is not plugged into a wall socket, the battery may be dead. Plug the power cord into the wall socket and start the tablet again. If the battery consistently does not power the device it may be faulty or worn out and will need to be removed and replaced.

If the lights on the LE1600 turn on but it does not boot and you hear a series of 4 quick beeps followed by 3 beeps followed by 1 beep, the RAM is most likely the cause. The LE1600 has two sets of RAM: a removable RAM card that can be accessed by a back panel and a RAM chip that is imbedded into the motherboard. To test which RAM is bad you will need to remove the removable RAM and start the tablet again. If you continue to get the beeps even after the removable RAM has been removed then the imbedded RAM chip is at fault and you will need to replace the motherboard.

If the above solutions do not fix the problem and the LE1600 still will not start, then it is an issue with the motherboard and it will need to be replaced.

Display is distorted or unresponsive

You may hear the device boot up, but the screen fails to light up, displays distorted images, or does not respond to the stylus.

Only the Motion Digitizer Pen can be used to write on this display. If you are using a different type of stylus, the screen will not respond. If you do not have the original stylus, you will need to purchase one.

If your stylus is calibrated incorrectly, the cursor will not line up with it on the screen. To resolve this issue, open the Motion Dashboard, go to the Display section, and select Calibrate.

Some symptoms of a bad display are sporadic functionality (display works some of the time), distorted colors or the display doesn’t show anything at all. If the display is not operating correctly, there is a chance that the wired connection between the display and the rest of the tablet is flawed. The solution can be as simple as re-connecting a loose wire or as inconvenient as replacing the entire display.

Speakers emit distorted or no audio

The device boots up but the speakers are muffled, "fuzzy" sounding, or silent.

Speakers not working properly can be the symptom of a number of things. Make sure the volume is turned up in the program you are in, and that the music / video is playing. Try playing some kind of sound in another program to see if it is just a software issue with the program.

If the sound is obviously distorted or not working in any program, even after restarting the device, replacing the speakers is your next option.

The tablet boots properly, but you cannot get it to connect to other bluetooth devices.

An inability to connect Bluetooth devices can be caused by several different issues. First, check that your Bluetooth device itself is working by connecting it to another computer. If this works, go to the control panel on your LE1600 and check to make sure that Bluetooth is enabled.

If you complete both of these steps and the LE1600 still won’t connect to Bluetooth devices, you should try replacing the Bluetooth board

The buttons to the right of the display allow you to easily interface with the tablet. The device boots but these buttons don’t function as you expect them to.

The button settings are associated with the screen orientation in which they were set. If you are having issues with the buttons performing undesirable functions, you may simply need to change the screen orientation. To do this, simply press the Rotate Display button, which is the lowest of the front panel buttons. Once your screen is re-oriented, your buttons should revert to their alternate functions. If they still do not function as expected, you may need to change the button settings.

If the buttons were re-programmed incorrectly, you may need to return them to their default settings. To do this, double-click on the Tablet and Pen Settings icon. Next, you can select “Tablet Buttons” and reset the default settings.

If changing settings does not alleviate the problem, the front panel buttons may be damaged or jammed. This would prevent the tablet from recognizing button presses. If this is the case, you may need to fix any jams or replace the button pads.