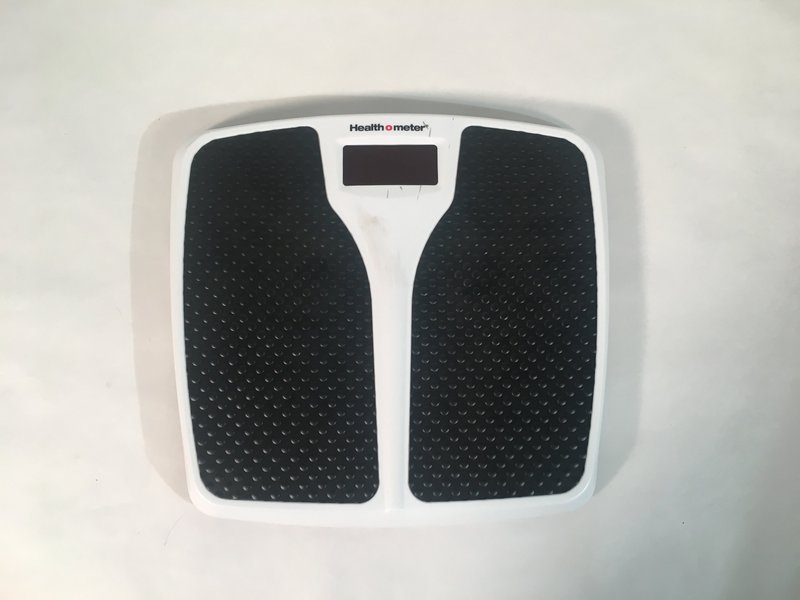 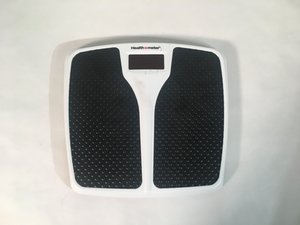 Having trouble with your Health o Meter HDR743? Check out this troubleshooting page.

Author: Travis Floyd (and 3 other contributors)

The LED displays values, but parts are flickering or missing entirely.

The most likely cause of this issue would be bad or loose connections. The best way to fix this would be to look at the visible connections and try to repair any that look damaged. It may not be possible to fully see each connection, so if no connection problems are seen you can either attempt to re-make each connection or assume the LED is broken and replace it.

You could check the connections between the LED and circuit board with an ammeter, to verify that the LED is broken. Additionally, if no bad connection was found then it is fairly safe to assume that the cause is a Broken LED. The solution would be to remove the broken component and to solder on a new one.

When the user steps onto the scale, nothing appears on the LED whatsoever.

The easiest problem to check for is if the power supply itself is broken. You should first make sure that there are new batteries in the supply, and check that it is sufficiently giving enough power. If it isn't, then it should be replaced with a new one.

If the power supply is functioning correctly, the next thing to do would to be to check its connections to the board. If any of them are broken, you should solder repairs to them.

The last likely possibility is that the LED is broken. You should check the LED with an ammeter and if it is broken then you should replace it.

The LED displays values, but they are constantly changing instead of balancing to one weight.

If in the above step, it wasn't found that a sensor was broken then it must mean that it was the connection itself which was broken.

The LED displays one constant value, but it is false.

The connection may be sending incorrect measurements to the screen, which requires a checking of wires to ensure that it is functioning properly. This is the most likely reason that weight would be inaccurately displayed to the screen.

Though a broken sensor is less likely, it is also a potential reason the screen displays an inaccurate weight. After being sure to check the connection first, check the sensors by using an AM meter to test each individual sensor to determine which sensor is causing the problem.

If it was none of the connections or sensors, then the only real possibility left is that its the circuit board. To replace the circuit board, it would be necessary to remove each component and solder them on to the new board. Since this can be tricky, it may be best at this point to replace the whole scale if you lack sufficient experience with soldering.

If the device is showing the error "E" on the message screen, check to make sure that you are not moving while calculating the weight. Stand with your back straight, and feet evenly placed on the scale to ensure the most accurate measurement. If the error message persists, try having another person of a different weight stand on the scale to reset the sensors. If after this the error message hasn't gone away, there may be bad connection on your scale.

To repair this, refer to the "Bad Connection" subheading under the Inaccurate Weight Measurement Displayed section of this page

The scale HDR 743 not working after battery change, works only with the original battery

The scale does not work with new battery, only the original battery

only way mine works is to take the battery out, wait 30 sec & reinstall, then make only work 3 times—tired of fighting this thing—going to go buy a new one, but of a different brand—thanks, Tom

I am tired of the E for years fighting with it. Trash bin here comes a scale

I use to get an E reading quite frequently on my Health O Meter scale but I’ve recently found 2 ways to improve the reading functionality… 1. Place the scale on ‘hard level concrete’; and/or 2. Clasp your hands behind your back while weighing yourself. Using 1 or both of these two methods will give me a good reading about 50% of the time.

I’ve also found placing my scale on a flat hardwood board can improve my reading to around 20% or so. Good Luck