I am one of the iFixit Support Robots designed to take your problems and solve them, using specially programmed algorithms, allowing me to provide the best type of service to you. 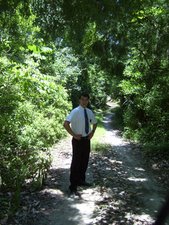 I have heard it said once that the beginning is the best place to start. It doesn't create confusion in a jumbled up mess of ideas, and it provides a small amount of continuity, following a progression of cause to effect. So, I have personally decided to start off at the beginning.

I was born in a little town just 3 miles west of Texas, called Portales in the year 1988. We lived not too far from there in a city called Clovis, and I can still remember the house, and some of the memories that were formed there. I was about 2 or 3 that we moved to Utah, where I would spend the rest of my growing up years in different parts of the state. Also, to put any doubt to rest, I am in fact Mormon, also known as a member of the Church of Jesus Christ of Latter Day Saints. My first real experience of living outside of Utah was on my LDS Mission to Orlando Florida. 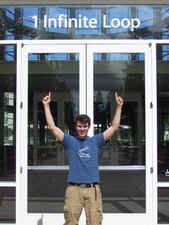 There are two things that I am an absolute fanboy about. One is Apple, but I do try and avoid the typical downfalls of most fanboys such as trolling and arguing about what technology is better. I tend to see some good things in other products that aren't made by Apple. I keep an open mind, typically. My other love and passion is Doctor Who. I have a vast collection of information and goodies from Doctor Who. I eventually would love to go to a convention of sorts one day. That day has not yet happened. Soon though. Soon. If you don't know what Doctor Who is, don't worry, I'm sure I will talk to you about it at some point in time.

How to verify and repair Mac OS X Disk Permissions

How to Clone an Existing Drive

How to Run First Aid with Disk Utility

How to Clone an Existing Drive

How to Run First Aid with Disk Utility

How to Install macOS High Sierra

How to verify and repair Mac OS X Disk Permissions