The replacement battery you need to get your first generation Moto G smartphone working again. 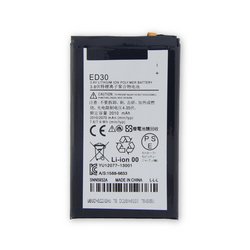 The Motorola Moto G was launched on November 13, 2013 and after six months of its release around the world, it became one of Motorola's best selling smartphones. With a 4.5" 1280 x 720 LCD display and Android 4.3 Jellybean operating system, it is heralded as one of the best smartphones for its inexpensive price.

Most Moto G repairs are made to swap out dead batteries. iFixit has high quality Moto G battery replacements.

Once you've bought your parts and tools, check out iFixit's Moto G repair guides for step-by-step instructions on how to make the fix.