Replacement parts for your ASUS Nexus 7 model to fix your broken tablet!

Choose your model of ASUS Nexus 7:

Parts that work with ASUS Nexus 7: 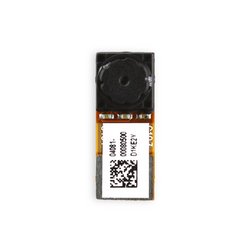 Replace a damaged or malfunctioning front-facing camera. This camera is compatible with a 1st generation 2012 model Google Nexus 7.

The Google Nexus 7 (manufactured by ASUS) was announced in June of 2012.

The Nexus 7 is a 7-inch tablet computer with a 1280×800 pixel display. It was the first device to run Android 4.1, and to make content available through Google Play, including e-books, apps, music, and video. It was followed in 2013 by the 2nd Generation Nexus 7.