Today, is the International Day Against DRM, which means it’s time for your friendly, annual reminder: DRM sucks—it throttles property rights, turns owners into criminals, and artificially limits the usefulness of your stuff. So join us in taking a stand against DRM, and the corporate overreaching it stands for.

Even if you’ve never heard of it, you’ve probably encountered DRM before. DRM is the reason you can’t take ebooks with you to another e-reader. It’s the reason why you can’t watch some digital movies you buy on “unapproved” devices. It’s the reason you can’t watch an out-of-region DVD on your laptop. DRM stands for Digital Rights Management, though it would be more accurate to call it “digital restrictions management.” Because, as the Free Software Foundation explains, DRM is “the practice of imposing technological restrictions that control what users can do with digital media.” So, generally speaking DRM is handcuffs for your digital stuff. 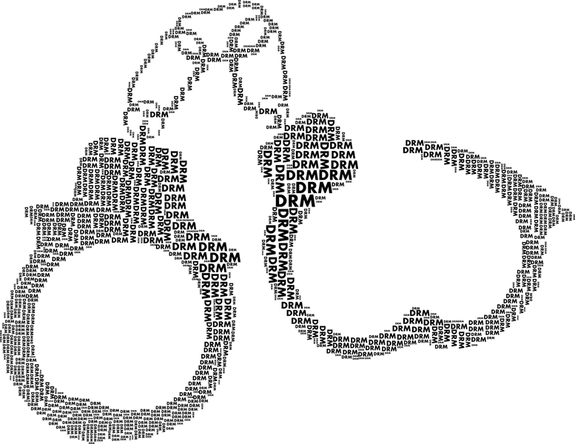 As digital activist and sci-fi writer Cory Doctorow puts it: “Anytime someone puts a lock on something that belongs to you and won’t give you the key, it’s not there for your benefit.”

Defenders of DRM will tell you that those handcuffs protect digital content—like music, games, and movies—from being illegally copied and pirated. But DRM doesn’t actually do a good job of stopping piracy. Instead, it does a great job at policing the way legitimate owners use their stuff.

“Users may be forced to use certain hardware or software platforms, limited to accessing their media on a predetermined number of devices, […] unable to use accessibility software such as screen readers, cut off from accessing media in certain locales, or even stripped of their media by having their files silently and remotely deleted at any time,” the Free Software Foundation explains. And thanks to Section 1201 of the DMCA, owners risk jail time if they bypass the DRM to get around the limitations.

DRM has become so ubiquitous in digital goods, consumers almost expect it. But it’s still jarring when DRM pops up in physical goods. Because the scam of DRM becomes that much more evident. As owners and users, we know that the hardware is mechanically capable of performing the job we’re asking of it. But the machine has been programmed by its makers to answer only to them. DRM essentially breaks an otherwise functional product—and, most of the time, people don’t find out until they’ve already bought it.

Stopping the Spread of DRM

In 2014, cat-lover and programmer Jorge Lopez discovered that his smart kitty litter box came with one particularly crappy feature: the CatGenie was programmed to shut down if its sanitizer was refilled with “unauthorized” soap. The tactic is straight out of the playbook of printer companies, who have long used DRM to force consumers into buying a new toner cartridges instead of refilling their old ones. That’s the real beauty of DRM—companies can lock consumers into buying expensive consumables, like packets of “approved” sanitizer or printer ink. And customers keep coming back for more, because they have to.

In recent years, DRM has also found its way into cars, into coffee machines, into thermostats, into juice presses, into lightbulbs, and (as we’ve written about before) into tractors where it stops farmers from fixing tractors on their own. And that, right there, is what makes DRM really scary: it’s subverting the principles of ownership. Do you really own something if it programmatically answers to a higher master? Is it really your property if you can’t use it, modify it, or repair it the way you’d like to?

But folks are banding together to wrest back their property rights. This year, Right to Repair legislation introduced in twelve states took a stand against DRM in tractors. Recently, the Supreme Court slapped down Lexmark when it tried to sue a refurbisher for circumventing DRM to refill printer cartridges. And the EFF recently filed a lawsuit against the US government over Section 1201 of the DMCA.

DRM that limits an owner’s rights—especially their ability to repair, modify and reuse the products that they’ve already paid for—is wrong. Take a stand against DRM, and tell manufacturers that you don’t want products that are defective by design. Look for products that are proudly DRM-free. And head on over to Day Against DRM’s website for more resources and ways to help. 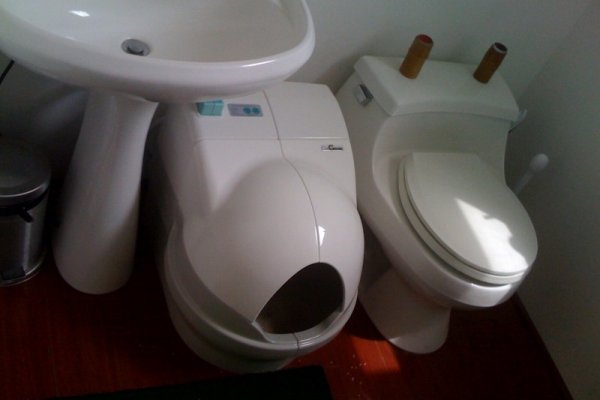 DRM Kitty Litter: The Only Thing Stupider Than DRM Coffee 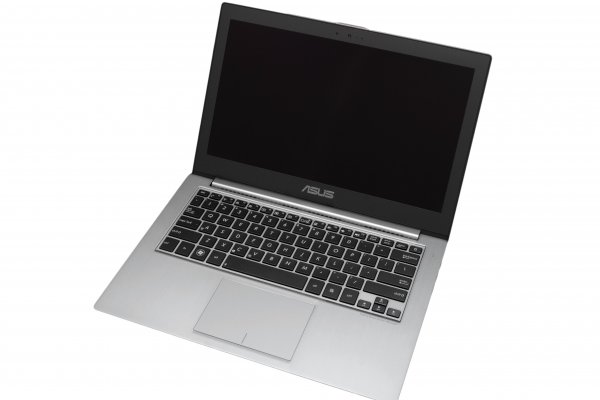 We Stand On the Shoulders of Giants: Thanks, Stack Overflow