Not long ago, from a manufacturer far far away, we were finally sent Samsung’s latest flagship—the Galaxy S7—and beamed it down onto our teardown table for inspection. Our charts indicate that the S-line has suffered declining repairability since the S4 in 2013. Our once-favored flagship has fallen far.

This year Samsung pulled an Apple, claiming to invent the phone-based heat pipe. Not only are they not the first, but this heat pipe is minuscule—and not even in the neighborhood of the “liquid cooling” hype we’ve been hearing about. The liquid they really should have been touting is the stuff that won’t get in the phone. A sport-rated phone as a flagship device means it will (hopefully) last longer. Which is nice, ’cause you probably won’t be getting in there to replace very much. But okay, we get it, repair isn’t sexy, and liquid cooling is—that’s just marketing.

• Samsung got seriously serious about their battery this year, packing a 3000 mAh battery in the S7. For those of you keeping score, that’s a significant boost over the S6’s 2550 mAh battery and even eclipses the iPhone 6s Plus’s 2750 mAh power station.

• In the pursuit of waterproofing, Samsung moved the midframe deeper into the phone. Now the display is adhered directly to the midframe—not to an assembly secured with screws. This beefs up the S7’s waterproofiness, but means more of a fight to repair the thing should you suffer non-water-related troubles. 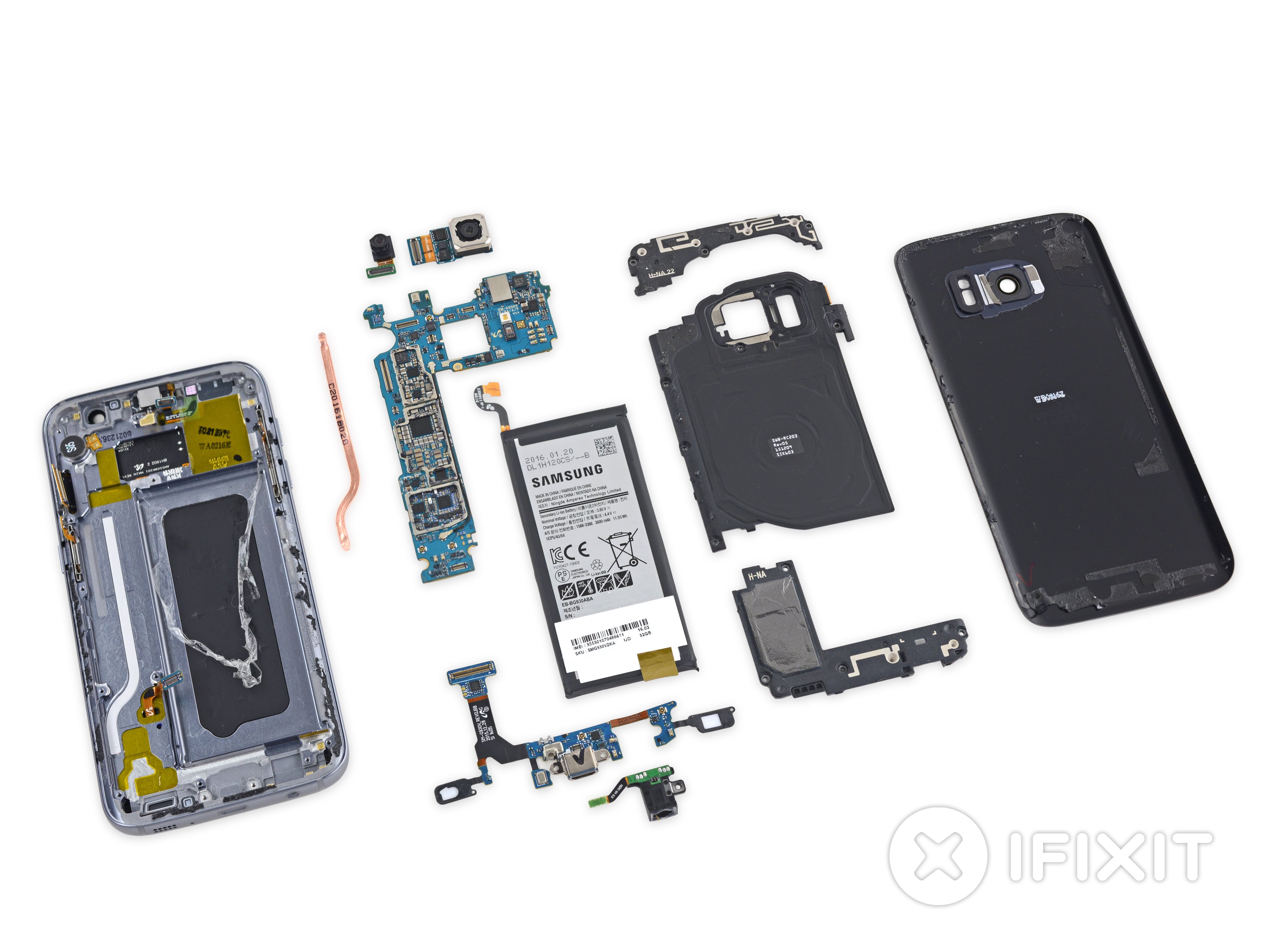 • Freeing the daughterboard means removing (and probably breaking) the OLED screen, preventing easy replacement of all the things: the display and digitizer, USB port, microphone and soft button LEDs. All in all, the S-series continues Samsung’s downward trajectory in repairability with a less than stellar score of 3/10.

This is just the short, short version of the teardown. Check out the whole Samsung Galaxy S7 teardown here. 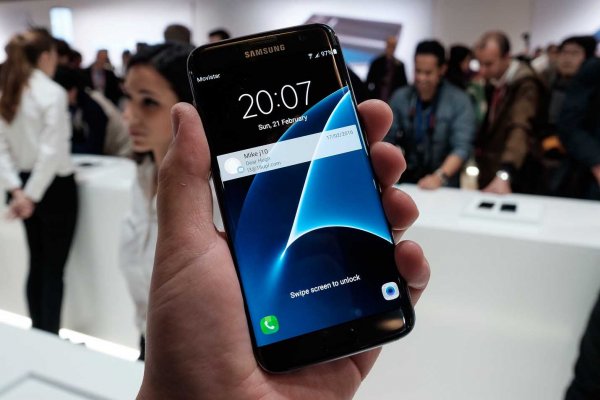