Ladies and gentleman, boys and girls, today we present you with a special teardown performance from a gizmo that’s travelled all the way from China—the Nexus 6P. This is the first time we’ve had a Huawei offering on our teardown table, so we wasted no time getting this show on the road!

The Nexus 6P is the first Huawei-produced Google phone, and its manufacturer certainly dressed to impress. Huawei thought long and hard about its first foray into the American flagship phone: the industrial design contains hallmarks of established brands, and almost approaches Apple-level luxury. While the internal components are not as sleek and slim, they aren’t a haphazard mess either. Unfortunately, Huawei’s over-engineering makes the phone a tough nut to crack; the bear of an opening procedure puts the 6P on our personal nopelist.

• Cracking the 6P open without cracking any glass is a chore. To get past an ultra-tight fitting glass panel on the back, we had to resort to prying with a curved razor blade—not a fun experience for the DIY fixer.

• Unlike its brother from an LG mother (the Nexus 5X), the 6P comes out of its rear case in one mega-sized component assembly, leaving just the NFC antenna behind.

• The 12.3 MP camera features the same Sony IMX377 image sensor and ƒ/2.0 lens we found in the 5X, but thanks to the boost in processing power from the Snapdragon 810, the 6P can take advantage of an EIS (electronic image stabilization) algorithm, and shoot slow-mo video at up to 240 fps. 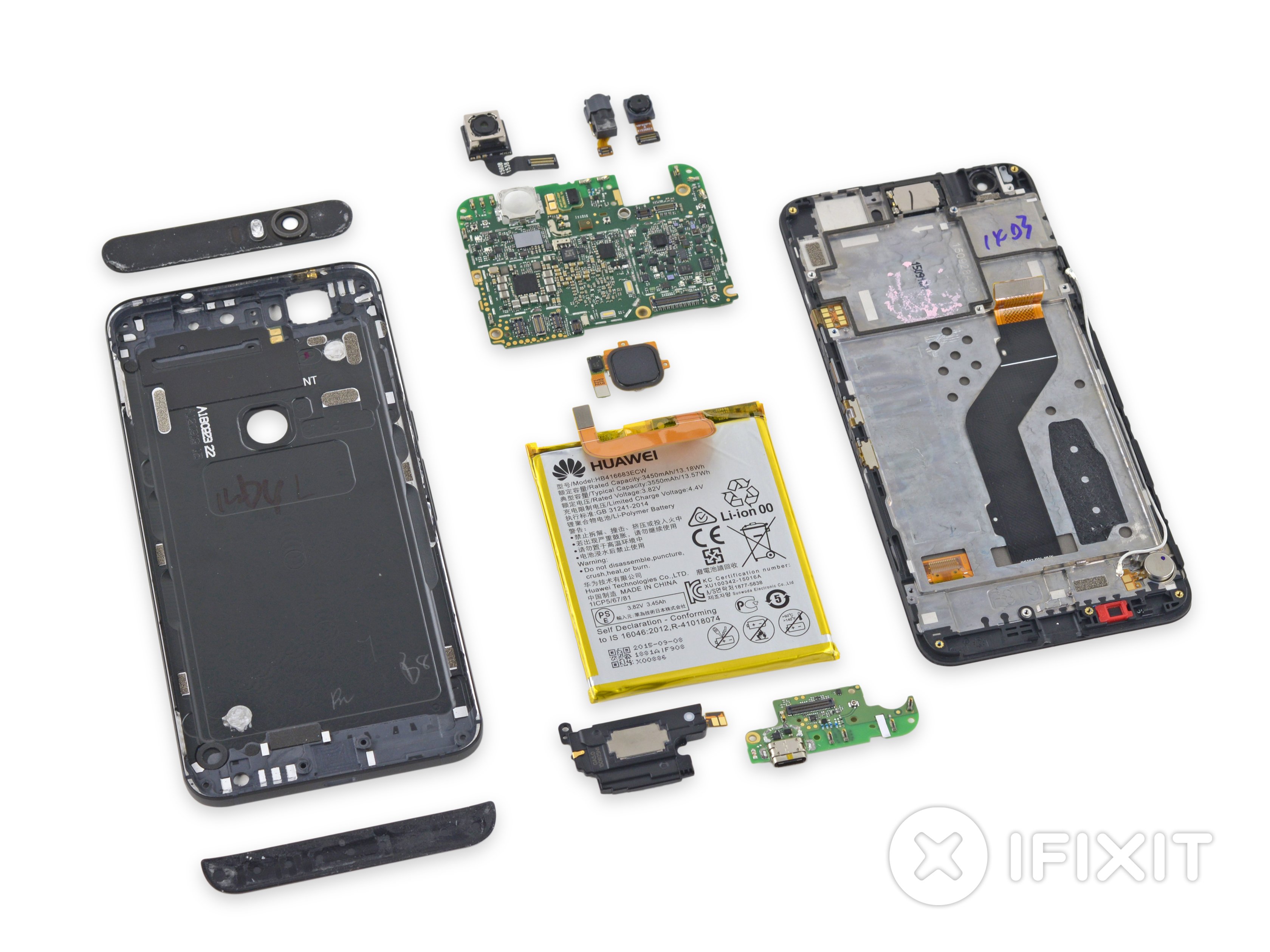 Check out the full teardown, and the rest of our analysis at iFixit.com.