It’s official: John Deere and General Motors want to eviscerate the notion of ownership. Sure, we pay for their vehicles. But we don’t own them. Not according to their corporate lawyers, anyway.

In a particularly spectacular display of corporate delusion, John Deere—the world’s largest agricultural machinery maker —told the Copyright Office that farmers don’t own their tractors. Because computer code snakes through the DNA of modern tractors, farmers receive “an implied license for the life of the vehicle to operate the vehicle.”

Several manufacturers recently submitted similar comments to the Copyright Office under an inquiry into the Digital Millennium Copyright Act. DMCA is a vast 1998 copyright law that (among other things) governs the blurry line between software and hardware. The Copyright Office, after reading the comments and holding a hearing, will decide in July which high-tech devices we can modify, hack, and repair—and decide whether John Deere’s twisted vision of ownership will become a reality.

Over the last two decades, manufacturers have used the DMCA to argue that consumers do not own the software underpinning the products they buy—things like smartphones, computers, coffeemakers, cars, and, yes, even tractors. So, Old MacDonald has a tractor, but he owns a massive barn ornament, because the manufacturer holds the rights to the programming that makes it run.

(This is an important issue for farmers: a neighbor, Kerry Adams, hasn’t been able to fix an expensive transplanter because he doesn’t have access to the diagnostic software he needs. He’s not alone: many farmers are opting for older, computer-free equipment.)

In recent years, some companies have even leveraged the DMCA to stop owners from modifying the programming on those products. This means you can’t strip DRM off smart kitty litter boxes, install custom software on your iPad, or alter the calibration on a tractor’s engine. Not without potentially running afoul of the DMCA.

What does any of that have to do with copyright? Owners, tinkerers, and homebrew “hackers” must copy programming so they can modify it. Product makers don’t like people messing with their stuff, so some manufacturers place digital locks over software. Breaking the lock, making the copy, and changing something could be construed as a violation of copyright law.

And that’s how manufacturers turn tinkerers into “pirates”—even if said “pirates” aren’t circulating illegal copies of anything. Makes sense, right? Yeah, not to me either.

It makes sense to John Deere: The company argues that allowing people to alter the software—even for the purpose of repair—would “make it possible for pirates, third-party developers, and less innovative competitors to free-ride off the creativity, unique expression and ingenuity of vehicle software.” The pièce de résistance in John Deere’s argument: permitting owners to root around in a tractor’s programming might lead to pirating music through a vehicle’s entertainment system. Because copyright-marauding farmers are very busy and need to multitask by simultaneously copying Taylor Swift’s 1989 and harvesting corn? (I’m guessing, because John Deere’s lawyers never explained why anyone would pirate music on a tractor, only that it could happen.)

John Deere may be out of touch, but it’s not alone. Other corporations, including trade groups representing nearly every major automaker, made the same case to the Copyright Office again and again. It’s worth noting Tesla Motors didn’t join automakers in this argument, even though its cars rely heavily on proprietary software.

General Motors told the Copyright Office that proponents of copyright reform mistakenly “conflate ownership of a vehicle with ownership of the underlying computer software in a vehicle.” But I’d bet most Americans make the same conflation—and Joe Sixpack might be surprised to learn GM owns a giant chunk of the Chevy sitting in his driveway.

Other automakers pointed out that owners who make unsanctioned modifications could alter their vehicles in bad ways. They could tweak them to go faster. Or change engine parameters to run afoul of emissions regulations.

They’re right. That could happen. But those activities are (1) already illegal, and (2) have nothing to do with copyright. If you’re going too fast, a cop should stop you—copyright law shouldn’t. If you’re dodging emissions regulations, you should pay EPA fines—not DMCA fines. And the specter of someone doing something illegal shouldn’t justify shutting down all the reasonable and legal modifications people can make to the things they paid for.

GM went so far as to argue locking people out helps innovation. That’s like saying locking up books will inspire kids to be innovative writers, because they won’t be tempted to copy passages from a Hemingway novel. Meanwhile, outside of Bizarroland, actual technology experts—including the Electronic Frontier Foundation—have consistently labeled the DMCA an innovation killer. They insist that, rather than stopping content pirates, language in the DMCA has been used to stifle competition and expand corporate control over the life (and afterlife) of products.

“The bad part is, my sense is, these companies are just locking up this technology, and increasing the sort of monopoly pricing structure that just doesn’t work for us,” Brian Talley, a farmer on California’s central coast, says of restrictions placed on his equipment. I toured his farm with a fellow from the Intellectual Property & Technology Law Clinic so we could tell the Copyright Office how manufacturers are hampering farmers. “We are used to operating independently, and that’s one of the great things about being a farmer. And in this particular space, they are really taking that away from us.”

The Electronic Frontier Foundation, the Intellectual Property & Technology Law Clinic, and the Digital Right to Repair Coalition (Disclaimer: I’m a founding member of the Coalition.) are fighting to preserve the notion of ownership. We’re trying to open the floodgates of information. To let owners investigate the code in their devices. To modify them for better functionality. To repair them, even without the blessing of manufacturer.

Thankfully, we aren’t alone. There’s a backlash against the slow creep of corporate product control.

Earlier this year, consumers sent 40,000 comments to the Copyright Office—all of them urging the restoration of ownership rights. The year before, consumers and activists forced a law through Congress that made it legal to unlock a cellphone and move it to a different carrier.

This week, Senator Ron Wyden and Representative Jared Polis will introduce the “Breaking Down Barriers to Innovation Act of 2015, which would substantially improve the DMCA process. Lawmakers in Minnesota and New York have introduced “Fair Repair” legislation that assert an owner’s right to repair electronic equipment they’ve purchased. They want equal access to repair information, replacement parts, and security updates.

Of course, taking back the stuff that we own won’t be easy. Corporations have better lobbyists than the rest of us. And, somehow, the notion of actually owning the things you buy has become revolutionary.

It doesn’t have to be. Tell the Copyright Office to side with consumers when it decides which gadgets are legal to modify and repair. Urge lawmakers to support legislation like the Unlocking Technology Act and the Your Own Devices Act, because we deserve the keys to our own products. And support Fair Repair legislation.

If you bought it, you should own it—simple as that. It’s time corporate lawyers left the bullshit to the farmers, who actually need it.

This article also ran with WIRED.

John Deere Responds to Copyright Mess It Made 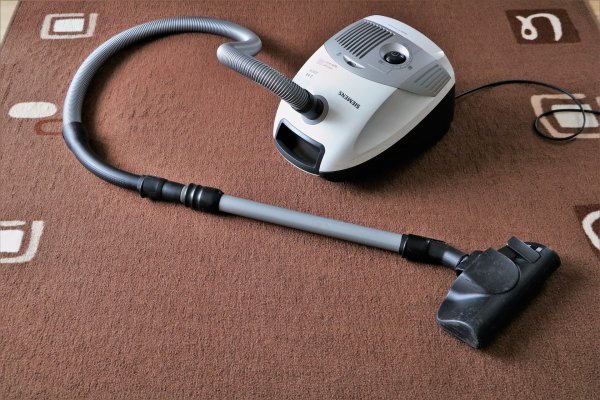