iFixit and our Right to Repair allies have long fought to make it so no repair is illegal under copyright law. On Wednesday, we racked up an important, if limited, victory: The Librarian of Congress ruled broadly in favor of repair.

For the next three years, the Librarian’s final rule exempts repair of a wide array of software-enabled devices from Section 1201 of the Digital Millennium Copyright Act. “Section 1201” generally makes it illegal to circumvent digital locks that control access to copyrighted content, such as DVD encryption, ebook and game DRM, and firmware parts that require authorized vendor software to be functional again. With software (and digital locks) embedded in virtually every type of device, Section 1201 effectively made it illegal to fix everything from game consoles to boats to medical devices—until an exemption like this.

We’re glad to see the Copyright Office (finally) starting to get it: Repair, regardless of what type of device you’re repairing, isn’t piracy. Unfortunately, these latest exemptions still don’t go far enough. They limit game console repair solely to fixing a broken optical drive – meaning the exemption doesn’t cover any other console repairs. And, they leave out devices designed for commercial use, and don’t apply to modification of a device. Most troubling, there’s no exemption for the very repair tools most people need to bypass a digital lock.

Since 2015, iFixit has used the exemption process to fight for more freedom to fix. To get an exemption, every three years advocates and fixers participate in a laborious review process run by the US Copyright Office. If all goes right, the Register of Copyrights recommends and the Librarian of Congress grants temporary exemptions (which also have to be renewed every three years). In past review cycles we’ve won exemptions to let you fix your cars, tractors, smartphones, and home appliances, without fear of Section 1201’s substantial civil and even criminal penalties.

This time around, we argued that the Register of Copyrights should abandon its piecemeal approach of exempting very narrow subsets of device categories, and grant an exemption for the repair of all software-enabled devices. Whether you’re fixing a toaster or a tablet, repairing isn’t copyright infringement. This year, the Register of Copyrights largely agreed, recommending exemptions for the purposes of “diagnosis, maintenance, and repair,” of any “software-enabled device that is primarily designed for use by consumers,” as well as repair of vehicles, marine vessels, and medical devices (including for accessing manuals and service information stored on the device!). The Librarian of Congress took up the Office’s recommendation, issued its final rule, and the new and expanded exemptions take effect today, October 28.

Today’s exemption also applies to devices that primarily play back creative works—a contentious exemption category that the Register has historically opposed. On that point, the Register’s recommendation provides a very satisfying mic drop: “Opponents’ concerns that expanding the exemption to cover devices that permit access to other expressive works—including e-readers, disc players, and Wi-Fi connected speakers—would lead to infringement have not been substantiated.” Sounds like they’re getting it now. But why shouldn’t fixing video game consoles, which also play back expressive work, fall under this exemption, too? And on game consoles, fixers are still limited to replacing or fixing broken optical drives, can’t use the exemption for any other console repair, and must replace any digital locks once the repair is complete.

But the biggest problem is the lack of an exemption for repair tools: The rule does not allow you to distribute repair tools that circumvent manufacturers’ digital locks. This is because without a change to the law, “The Librarian has no authority to adopt exemptions for the anti-trafficking prohibitions contained.” So figuring out how to work around Microsoft’s Xbox drive-pairing tech is legal, but putting that code up on GitHub to freely share is illegal. Without access to shared tools, the exemptions are largely academic. Right now, if you want to use this new exemption to repair your Xbox, you’re going to have to whittle your own optical drive unlocking app or device from scratch. That just doesn’t scale—most gamers are not security engineers.

Game console repair techs aren’t the only ones left out by these exemptions. The ruling also doesn’t cover repair of software-enabled devices designed for use in commercial or industrial settings (except for medical devices and vehicles), leaving out a huge number of devices and a major portion of the repair market. According to the Register’s Recommendation, this is in part because it was “unclear whether the proposed uses would contravene negotiated licensing terms between commercial actors.” But when assessing the same arguments for the repair of medical devices and systems, the Register instead recommends an exemption, even though medical devices may also be subject to “negotiated license agreements between commercial actors”. This  inconsistency is confusing.

These exemptions still don’t let you bypass a digital lock to change the settings on your software-enabled kitty litter box or robot vacuum, or even to complete a repair. That’s because they do not exempt noninfringing modification or tinkering, even though the National Telecommunications and Information Association (NTIA) recommended allowing “lawful modification that is necessary for a repair or maintenance” and “modifications of software regarding the functionality of a device, machine, or system.” We think that if you own something, you should be able to change its settings—but the Copyright Office still doesn’t agree.

We’re glad to see these exemptions, even if we wish they’d gone further. But the craziest thing is that in three years, we’ll have to fight again for the same exemptions, just like we did in 2015 and 2018. It’s clear that this system is fundamentally broken. It’s time for Congress to step in and permanently exempt repair, and repair tools, from Section 1201.

It’s very possible that could happen. It’s been a great year for the Right to Repair, with presidential action and a unanimous FTC vote to loosen repair restrictions. Everyone, including the Copyright Office, knows that the exemption process is a volatile, unpredictable way to reclaim our rights to fix the things we bought and own. You shouldn’t need to consult an attorney to understand whether it’s legal to fix the disc drive on your Xbox, or have a repair professional work past the lockouts on your Samsung refrigerator.

We’ll keep on pushing for a true, long-standing Right to Repair—one that lasts well beyond a three-year cycle. 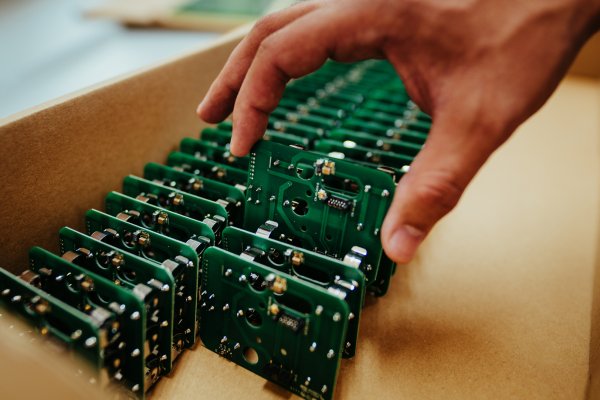 We Told the Copyright Office that Repair Should be Legal, Period.

Honestly I would prefer we just abolish section 1201 completely. The government already protects your copyright, they don’t need to also protect the protections on your copyright. Anybody pirating through your DRM is breaking the law anyway because they’re a pirate, section 1201 is completely redundant for it’s supposed purpose and generally harmful.

How about the right to refill chip protected Ink Cartridges?