We’re disappointed with the reveal of Nintendo’s new Switch, the “Switch OLED,” but not like most people. We see a huge missed opportunity, and it’s not a new NVIDIA chip. Allow us to explain.

The new handheld gaming console lacks 4K output, despite hopeful early leaks. It runs with the same internals as the existing Switch (which sometimes struggles, even with Nintendo’s marquee titles). And battery life remains about the same as the current Switch. Its namesake feature is a brighter, 1-inch-bigger OLED screen, something critics said the Switch should have had from the start. The Switch OLED also has a better, more durable kickstand, more internal storage, and “enhanced audio” for its built-in speakers.

But the real heartbreak is that the new Switch uses the exact same Joy-Con design as the original Switch. OLED tech is cool, but you know what would be even cooler? Nintendo taking responsibility and actually fixing the inescapable dread of Joy-Con drift.

They have done some things about Joy-Con drift, though. With their repair centers re-opening after pandemic shutdowns, Nintendo is fixing drifting Joy-Cons for free. An executive has apologized “for any trouble” Joy-Con drift has caused, a not-actual-admission in the face of a landslide of lawsuits. And the company lowered the price of a single Joy-Con to $40 in 2020, for those who don’t mind paying the company for its mistakes.

We’ve all been paying Nintendo quite a bit. The Switch is the best-selling console of the last 30 months. At the height of the pandemic, the company announced a quarterly operating profit increase of 427 percent, and 2020 was an overall record year for the company that has reinvented gaming a number of times. You and every Switch owner you know has complained about Joy-Con drift, but there’s all this piled-up money surrounding the executive suites and engineering labs, knocking down your voice. Could you yell a bit louder, perhaps?

Joy-Con drift isn’t just likely, it’s inevitable. Controller joysticks, or thumbsticks, use a commodity product called a potentiometer, bought from manufacturers like Alps Alpine that make knobs and controllers for all sorts of applications. They rate each of these controllers for expected operating life. The RKJXY controller, which is a dead-ringer for the controller inside the Joy-Con, is rated for 1,000,000 cycles of directional operation. That’s half the life of the 2,000,000-cycle potentiometers that have already been causing problems for PS5 and Xbox owners. There’s even a note in the RKJXY’s product sheet that the little stick is “not recommended for new designs”; not a pressing concern for Nintendo, it seems.

A million full cycles might still seem like a lot of thumb nudges, but, as we noted back when we were digging into PS5 controller drift:

One of our teardown engineers measured their own Call of Duty: Modern Warfare (2019) controller interactions for back-of-the-envelope joystick life math. Averaging ten different 30-second intervals, they made roughly 100 full potentiometer rotations per minute. If you play a less stick-intensive game than a first-person shooter, rotating 80 times per minute, you’ll hit 2,000,000 rotations in 25,000 minutes, or 417 hours—that’s just 209 days, playing 2 hours per day. At a more kinetic 120 rotations per minute, that’s 139 days at 2 hours per day. So Alps’ own rating for accurate joystick measurements is, in one gamer’s hypothetical experience, 4-7 months—and that’s with a very non-pandemic 2-hour cap on your game time.

Take the concern in that paragraph, multiply it by two, factor it by how much time people have spent stuck inside over the last couple years, and that’s why literally every friend I have with a Switch has dealt with their controllers drifting. The design of the Joy-Cons, and the removable nature of the sticks, make Joy-Con joystick replacement not that bad; most of us at iFixit have pulled it off. But it’s remarkable to see Nintendo release yet another version of the Switch with a built-in annual or biennial Joy-Con replacement obligation still attached. You will almost certainly mail your controller to Nintendo and wait, do the work yourself, bring it to a local repair shop, or fork out for another Joy-Con.

What should Nintendo do? Use its vast resources, and the goodwill the Switch has earned, to rethink its controllers. Hire, acquire, engineer, or do whatever is necessary to develop more durable sensors. As noted in our PS5 drift exploration, there are magnets that can measure input with Hall Effect sensors, or laser-mouse-style optical sensors, like those inside Nintendo’s own N64 center stick.

Equally important, though, is to keep the joystick design modular and easy to replace. If Nintendo can’t significantly redesign its Switch thumbsticks, it could work instead to make them even easier to replace. The current procedure involves some prying, very small screws, and careful work to keep connector cables from ripping. Aim instead for a pre-teen to be able to replace the joystick with a cheap replacement part with few or no tools. (We’re aware that iFixit is a seller of the current parts and tools needed for this job; we’re capable of both helping where we can and hoping for something better).

Nintendo is rarely afraid to buck gaming trends. Look no further than the pundit-baffling Switch OLED roll-out. How great it would be if the next big innovation from Nintendo was a humble change of course toward a durable, even more fixable product. 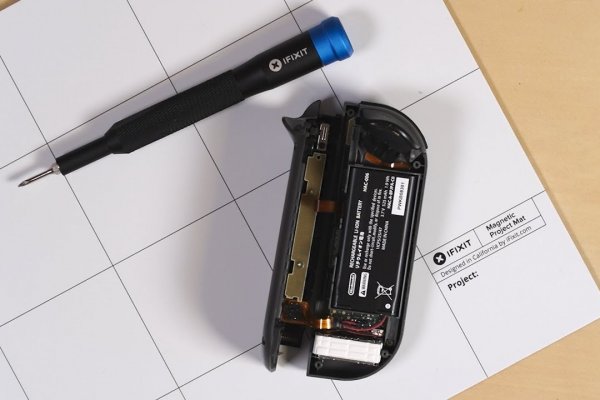 How to Fix Your Nintendo Switch’s Drifting Joy-Con Joystick 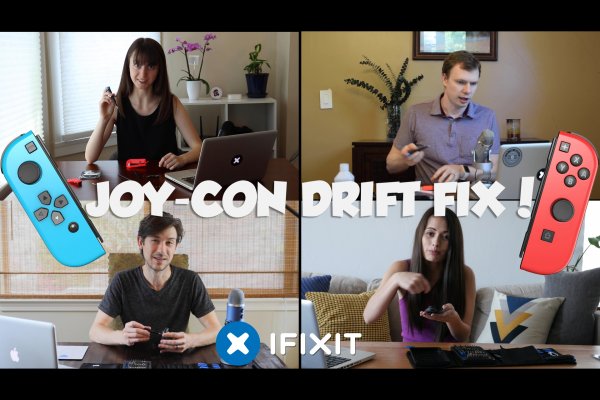 Can the iFixit Team Repair Their Own Drifting Joy-Cons?

A lot cheaper in the long run to get a split pad pro for mobile and one of 8bitdo's solutions (one of their controllers or that adapter that let's you use a Sony or Microsoft controller) for TV mode, and save the joycons for games that explicitly need them.

What about sticks inside the PS4 controller - how are they rated by the manufacturer?

Tacgnol, the problem with the split pad is it lacks both rumble and gyro controls — you’re getting a sub-par experience without official controllers.

I’ve done almost a dozen stick replacements (thanks to the excellent writeups here at iFixit!) so I couldn’t agree more with the article. I’d be thrilled for Nintendo to make official “fat” JoyCons, with the more robust sensors found in competing consoles. If I’m being honest with myself, I’m sure I’d happily fork over yet more money to them for it, just to stop having to worry about the issue.

This is a real and constant problem and iFixit is a cheap and easy fix!!!!