Since their inception, MacBooks have used standard on/off magnetic sensors to go to sleep when you close the lid. But then we heard from MacRumors that there might be something different about the latest MacBook Pro. Sure enough, there’s a magnet sensor in the new 16” model, but not where you’d expect it.

The newest MacBook has a magnet embedded in the hinge, with an etched arrow indicating its alignment and polarity. As you raise and lower the display, the arrow and magnet rotate in kind. Near that magnet-capped hinge, inside the bottom case, is a new sensor on a flex cable. The sensor can detect the hinge magnet’s angle, and presumably also keep count of how many times the display has been opened and closed.

It’s not hard to guess what a directional hinge magnet and sensor are for, but further proof is found in an internal notice provided to Apple Authorized Service Providers, obtained by MacRumors. Apple mentions a “lid angle sensor” in that document, and indicates that, after a display repair, technicians must re-calibrate the lid angle sensor (using Apple Services Toolkit) for the repair to be complete.

Lest you think we simply forgot to look for this sensor in previous MacBooks, you can see the absence of a hinge magnet or sensor in a screen replacement guide for the previous 2019 MacBook Pro. And while there are still magnets to keep the lid snugly shut on the 16” model, we didn’t spot the typical Hall effect sensors that most laptops, including those made by Apple, use to detect those magnets and determine when the display is closed enough for the display to turn off. 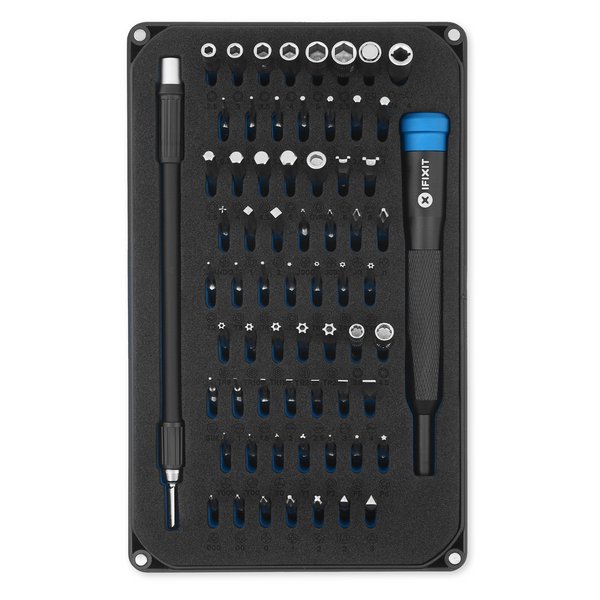 But this hinge sensor doesn’t seem to be doing anything obvious, at least yet. From our observations, the 16” MacBook Pro goes to sleep at about the same angle as previous MacBooks, and most other laptops—maybe marginally higher, but only just so.

Those are the facts; now let’s speculate! What could Apple be up to, adding more specificity to their hinge sensor? Our teardown team had some thoughts. They are listed here, in no particular order—except that we can’t help but think about Flexgate first when we think about MacBook Pro hinges.

What other kinds of uses could Apple have for knowing the precise angle of a laptop display? Let your guesses run wild in the comments. 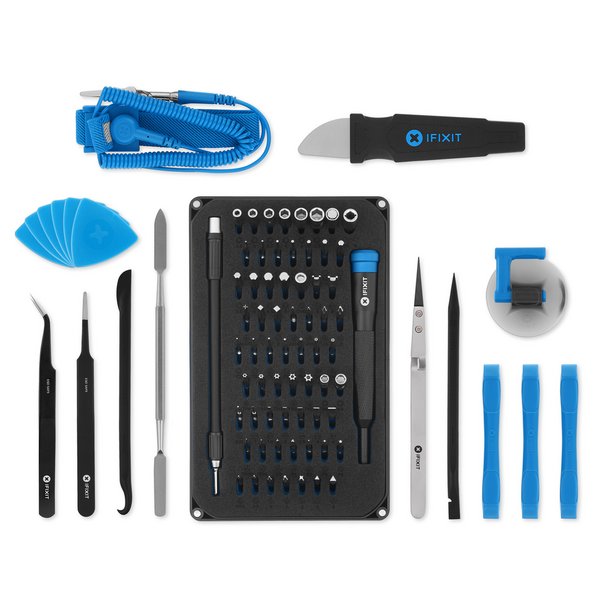 after a display repair, technicians must re-calibrate the lid angle sensor (using Apple Services Toolkit) for the repair to be complete.

Since third party repair shops don’t have access to Apple Services Toolkit, presumably this lid angle sensor is another hindrance in an effort to force consumers having screen repair at Apple store or authorized service provider, smh.

They could just be using it to collect information about how people use their devices — what the most common lid angle is, etc. It seems like there is a lot you could do with future planning if you had statistics on how much people angle their displays. If you learned for example that a surprising percentage of people were putting the display at full width you might conclude that expanding the angle is more important than you previously thought.

Deeper speculation aside, they may just want to gather information; I wonder if there is an accelerometer in there somewhere as well?

Right, Apple void the waranty if you slam the display too hard?

(btw, you probably can measure the speed already with the existing sensor0

I think this is a way to see if you have opened up the computer. If so, they void your warranty, done. That’s the answer.

You can fool hall sensors with a stray magnet, the sensor could eliminate false positives from say, a Juul wedged in your palm.

This makes sense. I’ve seen my mid-2012 MB Pro go to sleep when I set my Watch backside-down near the Hall sensor to the left of the keyboard. Moving the sensor to inside the hinge would nearly completely eliminate false positives.

It’s for the microphone array from my point of view. To cancel the reflection from screen.