Written By: martins (and 4 other contributors) 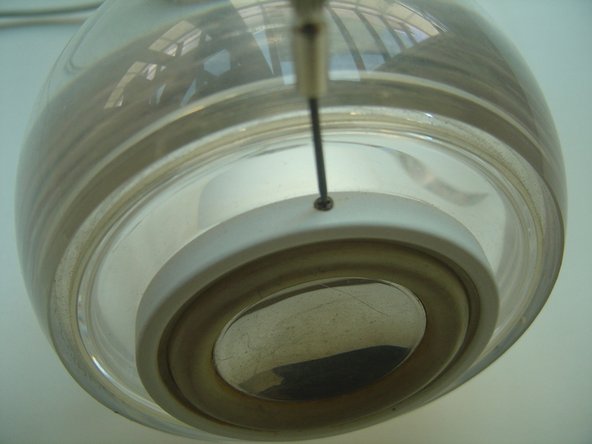 Be an action hero! This guide needs images that better demonstrate how to perform specific actions.

Better photos will improve this guide. Help out by taking, editing, or uploading new ones!

Everything started when I bought an iMac G4 Flat Panel, in 2013. Yes, it's an old machine, dated Early 2003, but I couldn't resist that beautiful design. Yes, it's a PowerPC-driven machine, so what?. That's what I said to the seller - people who buy this computer aren't concerned about performance. And now, it seats nicely, alongside an iMac 21,5" and a MacBookPro 13". What a cute family!

The guy who sold me this G4 was extremely carefull about it. Even beeing 10 years old, the machine was in pretty good shape. There was only one issue: the speakers (in fact, only one of them).

This computer came with Apple Pro Speakers. These are powered by Harmann-Kardon drivers and sound spectacular - so spectacular that, during a party, the former owner pushed the volume too far and one of the speakers started to sound like "plof, plof", when reproducing bass sounds. He told me that, in order to have a decent sound, I should use the iTunes equalizer and keep the lower frequencies attenuated. It worked, but that was only a workaround.

So, I decided to put my hands on the problem. As the speaker was working, these were good news - there was nothing wrong with the electrical parts (the coil, mainly). The problem should then be mechanical. I started to look for a loose cone. And that was the problem.

It seems that, when the speaker was put to sound too loud, the cone got unglued from its rubber surround, and this got unglued from the metal frame. Without this suspension properly glued, the cone was making very wide outward movements, when reproducing bass frequencies, generating that weird "plof plof" sound.

In order to fix this, I decided to remove the driver from its housing, but that turned out to be totally unnecessary - it's possible to fix this without removing a single screw. But I had already done it, so this guide shows pictures of the speaker off of its case. Nevertheless, if one decides to take the speaker apart (in fact, it's easier to work on it this way), just follows these steps.

Put everything back together, following the steps in the reverse order: gently pull the wire in the back of the housing (allow some loose wire inside the housing, don't let it too tight), put the driver in it's place and put the screws back.

Be patient and allow the glue to get dry, according to the instructions.

Hope it sounds better, now! Mine does.

Put everything back together, following the steps in the reverse order: gently pull the wire in the back of the housing (allow some loose wire inside the housing, don't let it too tight), put the driver in it's place and put the screws back.

Be patient and allow the glue to get dry, according to the instructions.

Hope it sounds better, now! Mine does.

6 other people completed this guide.

how did you remove the front housing?

Marcos, there's no "front housing". The whole thing is composed of two parts: the speaker and the polycarbonate housing. The speaker is attached to the housing via 3 screws (step 1 in this guide)

But maybe you're talking about a grille some of these speakers have, over the driver, that can be easily removed - just pull it out.

martins, the speaker is composed of 3 parts.

3- the speaker which attaches to the inner housing

Jayme, I haven't noticed that. Maybe it would make step 3 easier.

Thanks for the heads up!