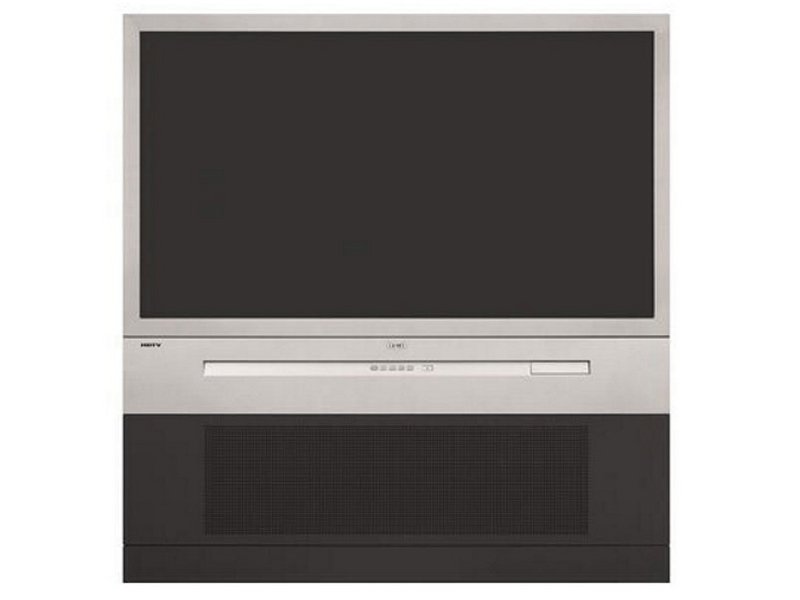 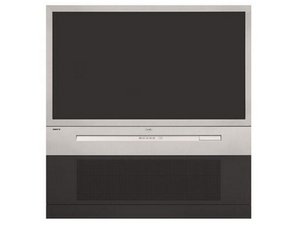 The R52WH74 is a 52-inch rear-projection television. It was released by RCA around the year 2006.

The R52WH74 is a rear-projection television released by RCA around the year 2006. While CRT televisions were still sold in 2006, rear-projection TVs like this 52-inch model from RCA could achieve much larger screen sizes due to their unique design. This TV specifically uses three separate cathode-ray tubes to create the red, green, and blue portions of an image. The colored light from each of these tubes is projected through a lens onto the front screen. As you can see in this disassembly video for a different RCA rear-projection TV, the three images are sometimes bounced off a large mirror before hitting the front screen. I wasn’t able to find information on whether or not the R52WH74 specifically uses a mirror internally.

The most common issue reported online with this model of TV is that the red, green, and blue colors on the TV are not aligned. This particular issue is called “bad convergence.” The first fix for this issue is to try the auto-convergence feature of the TV, which can be found in the Setup section of the TV’s menu (see the manual for more info). Sometimes the convergence issue needs to be fixed by replacing a few electrical components on the motherboard. A guide for this procedure can be found here. If you don’t have access to soldering equipment, you could also replace the entire board, assuming you can find a replacement online.

Another common issue seems to be that the TV does not turn on when you press the power button. Some people online have reported that the power light blinks or flickers, but the TV doesn’t turn on. This YouTube video shows that someone was able to fix this problem on a similar RCA television by replacing capacitors on the power board. Again, you could also try replacing the whole board for an easier fix.

To identify this TV, look on the back side near the bottom for a sticker containing the model number “R52WH74.” You can see this particular sticker in this YouTube repair video.