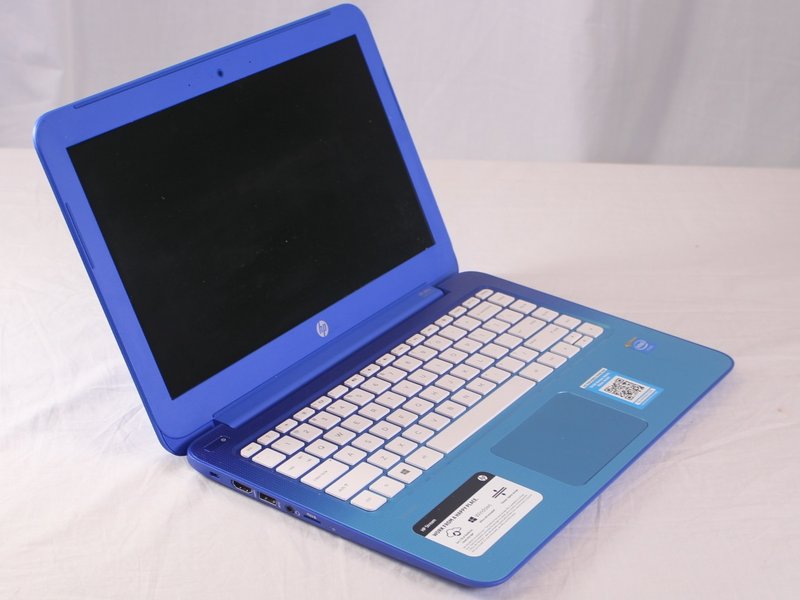 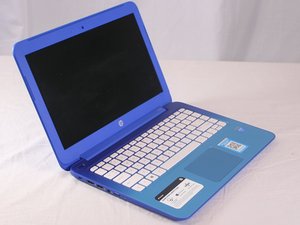 Author: Keegan Lapham (and one other contributor)
Create a Guide
I Have This

If you are having difficulties with the HP Stream 13, check out the notebooks troubleshooting page.

The HP Stream 13-c010nr is the non-touch screen version of the HP Stream. It can be identified by the 13.3" screen, it's "Horizon Blue" or "Orchid Magenta" color, and it's "Horizon Blue" or "Orchid Magenta" frame surrounding the screen on the front. If the frame surrounding the screen is black, then the PC is the touchscreen HP Stream 13. The keyboard on the HP Stream 13-c010nr is distinct because of its white color. The PC has 32 GB of storage, operates on a 2.16 GHz Intel Celeron N2480 processor, and has a battery that lasts 9 hours when fully charged.

To confirm that your model is the same one these guides were created for, you can check that the model number is the same. The model number for the HP Stream 13-c010nr (K2L96UA#ABA) can be found by turning the laptop over, with the HP logo facing the ground, and by checking the number underneath the bar code, in between the two rubber inserts to the right of the laptop.