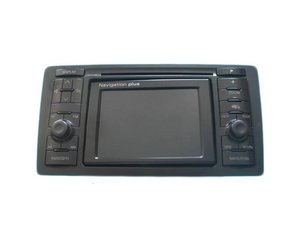 Author: Andrew Optimus Goldheart (and 3 other contributors)
Create a Guide
I Have This

Released in the early 2000s, the Audi Navigation Plus RNS-D is an in-car media and navigation system developed by Audi. RNS stands for “Radio Navigation System”. RNS-D cannot control settings for climate, convenience, suspension, or the engine. These media units were available mostly as optional equipment instead of standard stereo systems.

The RNS-D looks identical to the RNS-C and looks very similar to the Volkswagen MFD (multi-function display). Even across brands, the media systems share their general features, internal electronics, tiltable LCD screen, and some user interface elements.

For RNS-D models which have a model number ending with 192F or onwards use the “DX” map system which uses compressed data. This requires less media changes. Furthermore, these models have a faster processor and more memory. Additional features like a compass display, Bluetooth Handsfree, and voice control were later made available.