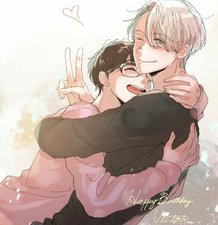 Hey all, so this is my brother’s iPad that we’ve been having trouble with. As a quick backstory, he dropped it a couple of days ago. Since then whenever we’ve plugged it in, the lightning bolt symbol appears and the battery bar turns green, yet the battery keeps trickling down. We’ve already tried a hard reset and confirmed it was not the cable nor the adaptor itself, and in fiddling with it, it has now run out of battery. At first, the battery showed up as that red ‘low battery’ icon (and plugged in it didn’t have the charger icon, so again, it indicated charging). But now that won’t even show up. It’s just a black screen no matter how many buttons we press or how many hard resets we attempt. As of right now, it’s a brick with zero sign of life. What do you think could be wrong?

Thanks for reading :) x

P.S: I cleaned out the charging port as well with some paper, so that’s all dandy too.

Alex C, you probably have a dead battery in your brother’s iPad. What I recommend you do is get a battery replacement form apple or a local third party repair shop. You can do by yourself using this guide: iPad 6 Wi-Fi Battery Replacement, but it is extremely difficult and requires you to disassemble the whole iPad. If you are going to do this yourself, make sure to get the right tools and kits and follow the guide step by step. I would get the Essential Electronics Toolkit to get most of the tools needed.

I hope you can fix that iPad!

Even with the battery being dead wouldn’t the iPad still power up when staying plugged in 24/7, just like a laptop with no battery connected? I’m having the same problem but trying to rule out if it’s the charger port or the battery itself.