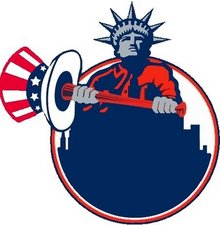 I have recently updated to iOS 12.3.1 last week and during the past 2 days, my phone has been restarting, then the battery would show that it is at 1% on the status bar and 0% on the wake screen. There is even that lag usually when the battery drops to 1% which is normal for the X and 8 I believe. If I keep using the phone or charge, it will either reset again or the battery would jump up to where it normally is. The battery percentage wont go to 2% if I keep it charging because 1% is not the actual percent left. The only thing I can think of is installing the update with just under 50% battery. I have reset all settings and once that did not work, I have restored the phone from a previous date. Any assistance or tips is appreciated before bringing in to repair or even replace the battery.

I've had a similar problem with a laptop so correct me if I'm wrong. On a laptop, you can plug it into the wall and it work perfectly fine with the battery plugged in. the battery icon will either not appear or say "0%". I think that the same problem is going on with your phone. The battery might be dislodged. As I said, take what I say with a grain of salt as I'm just on here trying to answer questions the same way I'd expect mine to answered.

Unless the phone was dropped, repaired or came into contact with water, it sounds like you may have a defective battery or an issue with the charge circuit.

To be certain, use a battery utility, such as coconutBattery (for Mac) or 3uTools (for Windows). Anything less than 70% of design capacity will require replacement.

You can also use the Battery Health Diagnostic (Settings\Battery\Battery Health (Beta)) in iOS 11.3 and above. It will tell you what the health of the battery is. Once the battery reaches below 80% of design capacity, iOS will throttle performance if the phone experiences an unexpected shutdown. You can read more about this at the following Apple Support page (https://support.apple.com/en-us/HT208387).

If you have access to a USB Ammeter, you could use that to determine if the phone is really drawing current when it says it's charging.

Thank you for the response and helpful info! I have not dropped, repaired, nor came in contact with water. I have also cleaned the charging port with alcohol to rule that out. I went to 'battery health' in settings when the battery displayed 1% and it wouldn't show the max capacity nor peak performance capability (underneath, it states, "This phone is unable to determine battery health. An Apple Authorized Service Provider can service the battery."). When my phone displays the actual percentage, it says, "Your battery is currently supporting normal peak performance." and its maximum capacity is 89%. If it was near or below 80%, I would understand the unexpected restarts.

I don't have a USB Ammeter but will bring the phone into an Apple store and see if they can come to a conclusion.

Try coconutBattery or 3uTools to see how many charge cycles the battery has been through (see links above).

The battery is not communicating the charge state to the logic board on a consistent basis. That could be a bad battery, a flaky connection or an issue with the charge circuit on the logic board. The iPhone X has a pretty flimsy circuit board, combined with some good heft. Dropping can cause all kinds of solder ball crack issues on the logic board, hence my initial question.

I had the replacement of the battery in December because of the Apple battery replacement program, after a while (round about one month), the phone started rebooting as described above by Anthony. I suspect the battery was not good enough (maybe issues with the battery controller that should provide information about charge to the mainboard) or the cabling has not been done how it should be. I'm thinking to replace again the battery....what do you think ? Of course it did not get dropped or water.

Any update on this ? I’m currently experiencing the same, my batter had to be restuck because it came lose from the phone and after that I been having this exact same problem

Same issue here IPhone 8 - IOS 13.4.1 - just started (last 3-4 days) randomly rebooting and then the battery indicator shows 1% after reboot - sometimes it reboots - sometimes just stays off. When I hook it up to a charger it then shows the correct percentage. Apple battery Health says 94% of capacity.

For me the issue looks like that: it showes 0% remaning even when connected to the charger, phone resets itself and 3uTools doesn't even see the battery, it says it doesn't charge the phone and every otehr information about the battery is unknown. Is that the problem with the battery or is it any known hardware issue?

I have the same problem. Have you found any solution yet?

Replacing the battery solved the issue.

Last Year in 2019 i had an issue. I gave my phone to my mother and she handed it over to my cousins and siblings to have a look. I dont know what they did to it. Phone got switched off. It was Eid’s 1st day and all the markets (repairs) were closed. We don’t have official apple store in Pakistan as of yet (May 2020) despite so many users.

Phone was blank and wasn’t turning On at all. I plugge-in the charging cable and it started to go into a Booting Loop (only Apple logo show on screen and it turned off again).

I called a friend (a repair guy) next day (Eid’s 2nd day) and he open the phone. We found out that the phone was dropped and one battery was disconnected from Board.

Now today (18-May-2020) my phone was in my shirt’s pocket and shirt dropped from hanger and phone hit the floor. when i checked, it said 0% battery. I plugged-in the charging cable, it caused a taptic vibration we feel when charger connects, BUT now sign of charging shown on the battery icon. It keeps restarting after some time. Sometimes 1 minute, Sometimes 15 minutes. Wifi is turned On and connected. Whenever i receive heavy data through internet, it turns itself off.

Tomorrow i ‘ll go to the repair guy and ‘ll update u guys accordingly. Hopefully, its again battery connectors.

Sorry for late update. I visited the repair guy, he opened it up and found that connector (jack) of one of the battery (as iPhoneX contains 2) was lose. He simple pushed it in and turned the iPhoneX On. All went well. Upon successful turn-on i check battery health its 87%.

Hence, i conclude that the battery connectors in iPhoneX are not perfect fit, as a major drop can put ur life in much worry.

May 19 by Belgische Kerel

i have an iphone xs and have quite the same issue as you have. how did your friend had it repaired ?

@belgian: its working perfectly fine Alhamdulillah! I am using it 24/7 since then.

Yes, Apple Store has replaced the phone because the guy pressed the front and back of the screen and felt maybe the battery was expanding.

was your phone under warranty?

No, it was almost 2 years old.

May 8 by Anthony Fontana

The design capacity of my phone battery shows 0% and full charge capacity is NaN as per coconutBattery does this mean battery is damaged?

I had a similar issue with my iPhone X, but I followed my suspects and I solved the problem.

In my case, I had a replacement of the original battery during the Apple replacement battery program at the end of 2018 in an Apple Premium Reseller and after that my problems started (unexpected restarts, after restarts, battery which was shown 0% and after few seconds was back to normal charging percentage etc).

Since then, I had the suspect that something went wrong with the replacement. Therefore I decided to go for a new replacement in an official Apple Store and I have solved all my issues.

I hope this can help, I know the frustration you can feel.

my iphone x only charge when it is off then if the phone is open my phone stop charging. what can i do