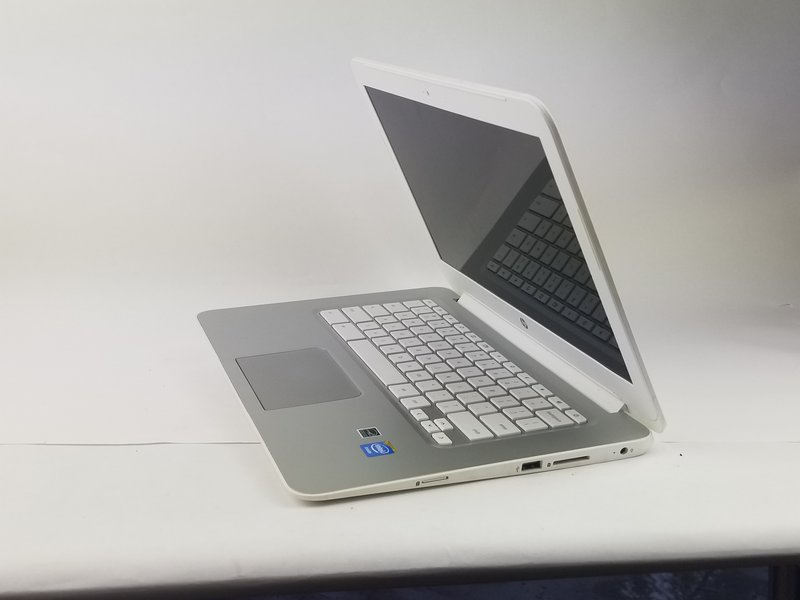 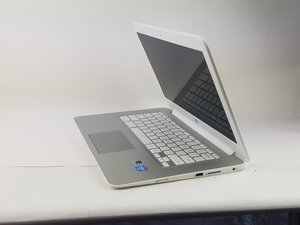 Model number should be found on a sticker on the bottom of the laptop which is used to identify the device. The Chromebook is "Snow White" featuring a 1.4 GHz Intel Processor , a 14" Display and a 16GB SSD for storage.

Author: Andres Martinez (and 2 other contributors)

When I try and turn on the laptop, it won't turn on until I plug it into the adapter.

The battery could be low on charge

Leave the laptop plugged in overnight to determine whether the battery was low or is not functioning entirely.

Try using a different adapter cable to charge the laptop (The adapter could be faulty). A light should appear next to the port when the device is getting charged.

Now that we've ruled out a faulty adapter or a charging issue, we begin to troubleshoot the battery.

If the device only powers on when it is plugged in, it's a good indication that the battery has gone bad. This would be a good time to purchase another battery and begin the Battery Replacement Guide.

The display works but has slight issues

Follow Screen Replacement Guide up to step XX. Then make sure the connection is properly secured.

Dead pixels or lines on display

Lines could appear going vertically or horizontally and are usually an odd color such as green or blue and never change with the image on the screen. Follow the guide to replace the display found here.

After plentiful use of the screen, sometimes they could begin to show dead pixels or even lines. This might be a good time to consider replacing the device's display. The screen replacement guide for the display could be found here.

When I press down a key, it doesn't work the way it used to.

If a key is depressed and doesn't spring back up the way it should, there could be dirt or grime under the specific keys. The best way to fix the problem would be to try and clean underneath the keys with alcohol and a Q-tip or compressed air.

When a key on the keyboard is pushed, the corresponding letter should appear in the field you are typing in. If that isn't the case, perhaps the key is damaged or disconnected from the keyboard. If replacing is your only option, we have developed a guide to assist with the replacement of the keyboard. Click here to be redirected.

Another likely possibility is that the keyboard language / layout is different than what is registered on the device. (E.g. Spanish keyboard but Chrome OS thinks the layout is American English.) A way around this would be to change the language on the operating system to match that of the keyboard.

Getting a Blue Screen

While working with my laptop I got a blue screen with white text.

The Blue Screen Of Death, sometimes called the BSOD, can usually pinpoint a problem on the device whether it be hardware or software related. To find a solution, the easiest way would be to search the specific code given during the error.

Laptop may need a factory reset to remove the corrupted data.

I attempt to start up my laptop and it is stuck on the start up screen.

Hard drives store all of the data on our computers, even the operating system itself. With technology nowadays, SSD's are sweeping the market, however, they are ticking time bombs with only limited numbers of times they can read and write. Please follow the SSD Replacement Guide to try and correct the problem.

What to do when playing Candy Crush and all of a sudden all you have is a frozen chromebook with a complete BLACK screen?