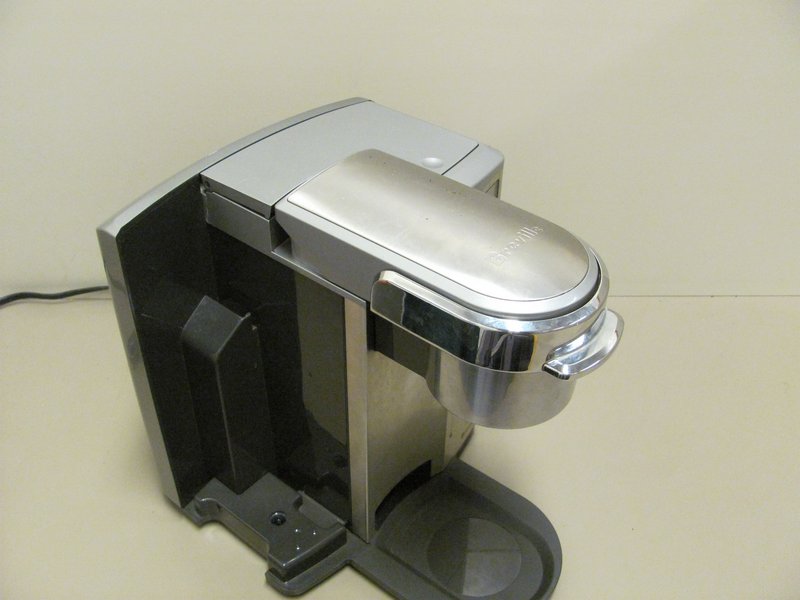 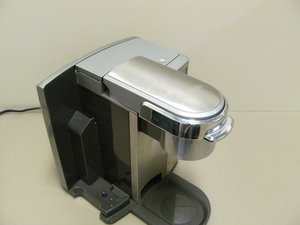 Author: Walter Galan (and one other contributor)

Ensure that the Brewer is plugged into an independent outlet. If one outlet doesn't work, try another and reset the circuit breaker if necessary. If the brewer is ON, the LCD should be Illuminated.

Randomly turning off after heating water

Turning down the grind setting can help alleviate the blockage inside of the hose during future use. The hose can be cleaned using a needle or other think object.

A punctured tank will result in excessive leaking and if industrial tape does not fix it, then the unit must be replaced.

Not taking in water

The most common cause is the lack of a vacuum seal. Lift the water tank and push down and up on it repeatedly until water has filled the machine. This will allow for a steady flow of water.

-After placing the "K-Cup" into the Brewing Chamber, ensure the Safety Locking Arm is pushed down securely. The LCD screen should indicate ‘READY TO BREW’.

-The Exit Needle may be clogged

-The Exit Needle may be clogged

-The Water Tank may have been removed during brewing

Replace the water tank and perform a "cleansing brew" without the coffee cup.

The time is not displayed

If you haven't already, set the time on your coffee maker by pressing "MENU" and going to "CLOCK SET" to set your time. If power to the brewer is interrupted, you will have to reset the time.

This is due to a lack of water in the water tank. Refill the tank and the light should turn off.

mine is doing this... with a full tank. and the disk shaped floating "pill" that is the tank level sensor is all the way up indicating a full tank. sooo... i have flashing blue light, and message on screen to fill tank, and my tank is full.

Did you ever resolve this issue? Mine is doing the same thing

I have a Breville 600XL that started leaking/spraying coffee from the k-cup when I used an ekobrew plastic k-cup with my own coffee. I bought a different brand reusable k-cup but it leaked just like the ekobrew. Then i found a “fix-it’ kit on Ebay for $3 that stopped the leaking instantly, If you are having the same problem here is the Ebay link:

Blue light flashing and tank is full. How to re set . empty and fill and still blue light