I'm really not ready to invest in a PS4 yet! 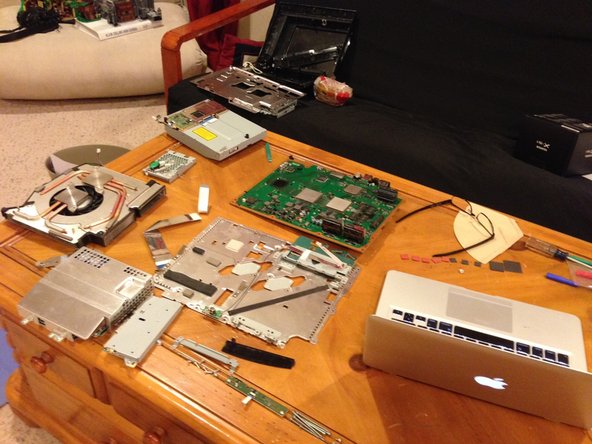 Our PS3 (80gb backwards compatible) died with the YLOD, and we are too heavily invested in PS2 and PS3 games to move on to PS4, yet.

Following the repair guide, and paying attention to the comments in particular steps was a huge help. I had no problems at all, but on firing the PS3 back up, the fan almost immediately began spinning up to hypersonic speeds. I read some of the comments others had regarding this issue, and realized that the heat sinks were probably not making adequate contact with the GPU and CPU. So I took it apart again (much easier and faster the second time around!), re-cleaned the processors and their heat sinks, and reapplied the thermal paste. Some of the comments related to this suggested that the brackets (removed in step 27) were not pushing down on the heat sinks with either enough force or evenly distributed force. Some suggestions were using paper or business cards between the brackets and the heat sinks, but I used a couple of the thermal pads removed in step 43. Those worked great, and our PS3 is working great, with nary a peep out of the fan!

Save the existing thermal pads removed in step 43. You can reuse a couple of those during reassembly of the heat sink brackets (between the brackets and the heat sink) to increase the force (and distribution of that force) and allow the heat sinks to make solid contact with the processors.