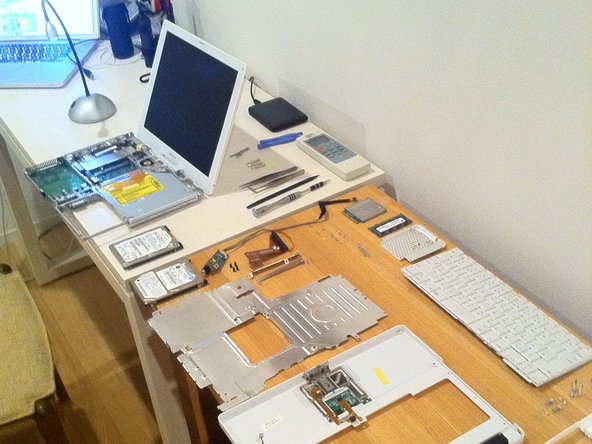 Had 2 old Ibook G4's, one with a fried motherboard, another with a bad hard drive. Needed a computer for my daughter and thought it would be good to combine parts and assemble one working Ibook G4, as the computer form factor and capabilities are more than enough for an elementary school student.

The repair went flawlessly, considering that I had to strip both computers to the bone, following the 30 some steps involved. The second Ibook took less time than the first and in all took some 3 hours for both.

Yes, step 32-33 in which the speaker have to be disconnected might use some BIG photos of the connectors taken from the side, the photos from the top are not that easy to follow. It is very easy to ruin them and hard to reach them under the thermal shield. By far is the most difficult step in the process. The Toolkit was bought for the repair, in general very good, the tweezers are a bit flimsy though.