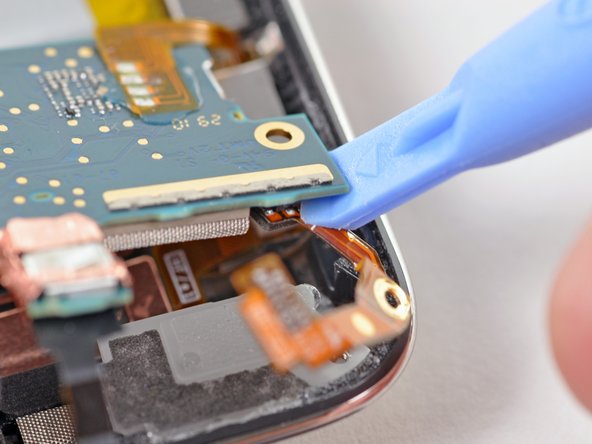 16 Year old boy competitive soccer team demonstration of creative bag toss with now-defective iPod touch 4G as evidence of unsafe landing where glass frags from screen tore the WiFi cable. Pretty blue iForgz case didn't protect the front display but probably helped save the case from damage. Fixed it for the kid that had his iPod tossed and got paid by the tosser.

Received parts from iFixit quickly and well packaged (unlike many other vendors). After a bit of wiggling finally got new WiFi cable snapped in and new LCD display/screen installed. Guides at iFixit are excellent. Works fine now.

Apple iPod Touch 4G doesn't "Just Work" when tossed fifteen feet into the air over a fence and onto the hard ground even when indie a gym bag. Wished I had bought iFixit pre-cut adhesive for this model.