Grab a toolkit for your iPhone SE model and fix your broken phone!

Choose your model of iPhone SE:

Parts that work with iPhone SE: 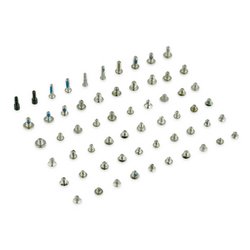 Use this complete set of 64 screws compatible with an iPhone 5, iPhone 5c, iPhone 5s, or iPhone SE to replace missing or stripped screws. 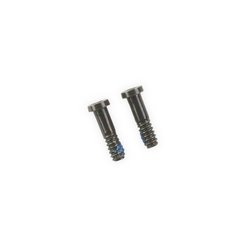 The iPhone SE, released March 31, 2016, is Apple's successor to the iPhone 5S as a low-cost alternative to their flagship iPhone 6s/6s Plus lineup. Like the iPhone 5S, the SE features a 4-inch, 1130-by-640 Retina display and TouchID sensor in the exact same form factor. Internally, the SE has the same A9 processor and 12-megapixel iSight camera as the 6s/6s Plus, but does not lack a 3D touch display. Storage options include 16 or 64 GB flash memory, and color options include Silver, Space Grey, Gold, and Rose Gold. The iPhone SE is distinguished from the 5S by the SE label printed on the rear case, as well as its matte chamfered edges, and the model numbers A1662, A1723, or A1724 printed on the rear case.

The most commonly needed repairs for the iPhone SE are cracked screens and dead battery replacements. iFixit carries the best iPhone SE screens and iPhone SE batteries on the market, along with a complete catalog of other iPhone SE parts for those less common repairs.

Once you’ve acquired all parts and tools, head to iFixit’s iPhone SE repair guides for step-by-step instructions on how to make the fix.

The iPhone SE earned a 6 out of 10 in iFixit’s repairability assessment. Watch the Teardown Review for more: