Grab a toolkit for your Droid Turbo 2 (XT1585) Verizon model and fix your broken phone! 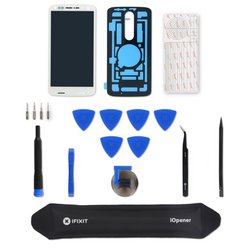 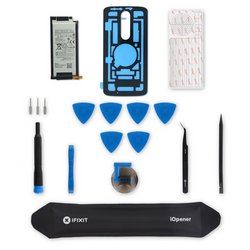 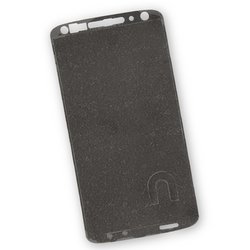 This custom cut adhesive film secures the front screen display to the case of a Motorola Droid Turbo 2. 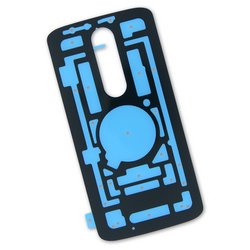 Replace the custom cut adhesive film that secures the rear cover panel to the back compatible with the model XT1585 Motorola Droid Turbo 2 smartphone.

Released in late October 2015, the Motorola Droid Turbo 2 is the second version of the Droid Turbo and has a larger screen than the first generation Droid Turbo. Motorola markets the Turbo 2 as a shatterproof smartphone that can be customized with "Moto Maker.” Its Moto ShatterShield™ display has five layers, improving the durability and resistance to screen damage, although some cosmetic damages such as scratches or dents are still possible. The Turbo 2 is also water repellent and can sustain minimal contact with water. Noted features of this phone are a long battery life, a 21 MP rear-facing camera, a 5 MP front-facing camera, and durability.

Once you've bought your parts and tools, check out iFixit's Droid Turbo 2 repair guides for step-by-step instructions on how to make the fix.