Apple and John Deere, primary antagonists of the Right to Repair movement, may soon have to explain their domineering repair programs to one of their most demanding audiences: their shareholders.

U.S. PIRG, working with its affiliated socially responsible mutual fund company, Green Century Funds, has filed shareholder resolutions with both Apple and John Deere, asking them to account for “anti-competitive repair policies.” Both resolutions admonish the companies for fighting independent repair and ignoring the broad political shift toward Right to Repair laws.

Green Century’s Apple resolution says that the company “risks losing its reputation as a climate leader if it does not cease its anti-repair practices.” Noting that internet-connected devices will account for 14% of greenhouse gas emissions by 2040, Green Century’s resolution demands the company reverse course to “mitigate regulatory and reputational risks and bolster the company’s ambitious climate commitments.”

Apple’s conflicting messages on the environment, both in public and in internal discussions, is a fascinating and frustratingly familiar topic for iFixit.

The John Deere resolution calls out the company’s broken promise to make crucial repair software available to farmers. “Company representatives are quick to point out that less than 2% of all repairs require a software update,” Green Capital Funds notes. “However, Deere does not disclose what percentage of the repair sales the 2% represents.”

Microsoft recently faced similar investor backlash for its repair policies. Shareholder advocacy group As You Sow filed a resolution asking the company to consider the environmental and social benefits of making its hardware devices easier to fix. While occasionally gesturing toward independent repair, Microsoft joins Apple and John Deere in funding groups that aggressively lobby against Right to Repair bills in every state.

These resolutions arrive just as the companies are facing real scrutiny from both U.S. and EU governments. An executive order decrying unfair repair restrictions was joined by an FTC policy statement emphasizing the need for consumer repair choice. And days ago, Germany and the European Commission were debating not if but how long to require software updates and spare parts—5 or 7 years, along with free repair manuals.

“Across the globe, consumer expectations about repair are shifting, and companies need to embrace repairable design if they’re going to remain competitive,” said Kerry Sheehan, U.S. policy lead for iFixit.

Apple and John Deere have some experience in navigating political waters, to be sure. It remains to be seen how the manufacturing giants respond if shareholders sign onto the resolutions and demand change. The call for right to repair may well come from within the companies themselves. 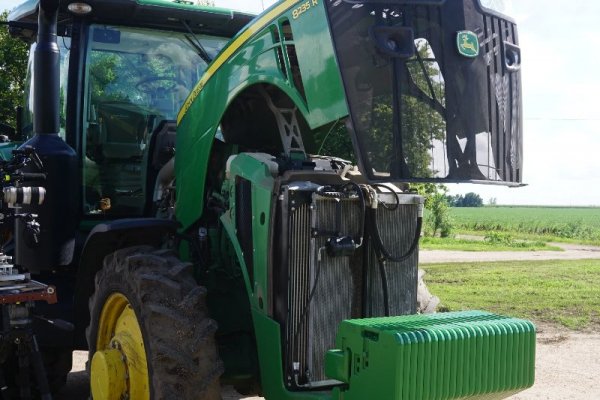 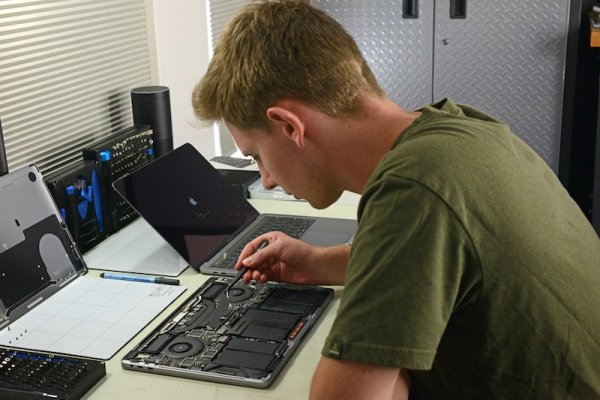 If I was a member of Apple repair. First I should check all the damage to equipment and I register them down in paper. After I study the case well give decision for work. I fixed the damage because I need to work, but later when I complete the work. I will highly recommend to them and I give feedback to the company to study the case for the sequence of damage.